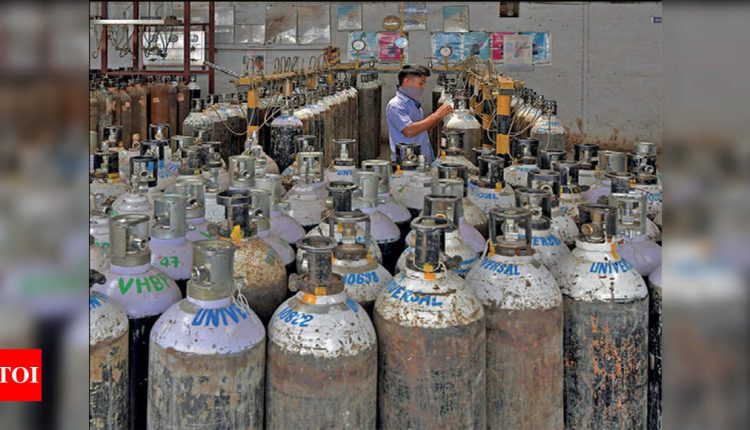 By admin On Apr 19, 2021
0
Share
NEW DELHI: Two of the country’s largest state-run oil refiners and fuel retailers, IndianOil (IOC) and disinvestment-bound Bharat Petroleum (BPCL), have pledged to supply oxygen free of cost to hospitals in states worst hit by Covid-19 cases.
IndianOil has begun the supply of 150 tonnes of oxygen to hospitals in Delhi, Haryana and Punjab. A company statement said the first batch of medical-grade oxygen was dispatched on Monday to Maha Durga Charitable Trust Hospital in Delhi.
In a separate statement, BPCL said it has started supply of 100 tonnes of oxygen to hospitals per month at no cost.
IndianOil said it diverted the high-purity oxygen used in its mono ethylene glycol (MEG) unit to produce medical-grade liquid oxygen at its Panipat refinery and petrochemical complex in Haryana. The throughput of the unit has also been scaled down for a more critical cause.
Earlier, Mukesh Ambani’s Reliance Industries Ltd had pledged to supply oxygen to hospitals after several states said their hospitals were running out of oxygen.
0
Share FacebookTwitterGoogle+ReddItWhatsAppPinterestEmail