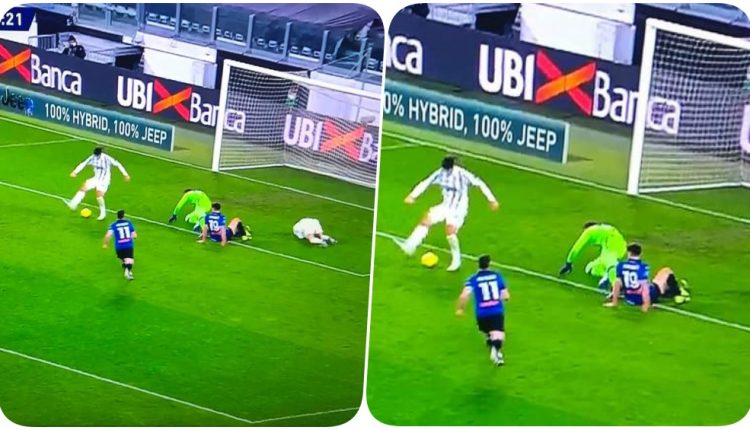 Cristiano Ronaldo has been a goal machine for Juventus ever since he has joined the Italian club. But is often blamed for their poor performance in the Serie A, Champions League and other tournaments this year. He has been subjected to trolls and many of them even suggest that he should leave the club and go elsewhere. But Cristiano Ronaldo fans have always maintained that his teammates at Juventus have let him down due to tactical goof-ups. Now, here was this one fan who made a compilation of goof-ups by Juventus defenders and posted the same on social media. Cristiano Ronaldo Poses for Snap With Charles Leclerc & Carlos Sainz After Skipping Juventus Practice Session, Gives Ferrari Racers His Autographed Jersey (See Pics).

Terrible back-passes, no lane cutting, silly goalkeeping errors, inept defending from experienced players are only a few errors that could be named. From the video, you can actually make out that he has been let down by his teammates. The clips are complied from Juventus’ Serie A outing in 2020-21.

Check out the video by Cr7’s video compilation below:

If you think Ronaldo is the reason for Juventus’ problems, watch this 👇pic.twitter.com/I6vPjMdgUI

After Juventus was knocked out of the Champions League for the next season, the Portugal star missed out on the practice session on Monday. The team lost to AC Milan and was knocked out from UCL 2021-22. He instead went on to visit the Ferrari plant in Italy along with the owners John Elkann and Andrea Agnelli. He also met  Charles Leclerc and Carlos Sainz and the pictures went viral on social media.

(The above story first appeared on Scoop Buddy on May 11, 2021 08:25 PM IST. For more news and updates on politics, world, sports, entertainment and lifestyle, log on to our website scoopbuddy.com).