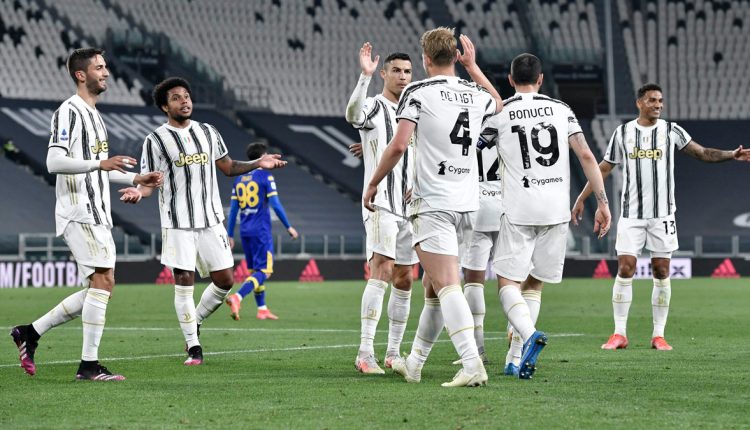 Juventus’ fate in the Champions League for the next season still lingers but here’s their chance to win a silverware of the season. Tonight in the finals we have the match between Juventus and Atalanta which will be played at the Stadio Citta del Tricolore. Ahead of the game, Juventus announced the 21-member squad for the finale and  Cristiano Ronaldo has obviously been included. The last time the two teams met each other, Atalanta walked away with a 1-0 win over the Bianconeri. Juventus’ New Home Kit for 2021-22 Season Gets a Thumbs Up From Fans (Read Tweets).

Talking about the two team’s position in the Serie A 2020-21, Atalanta stands on number two with 78 points, whereas, Juventus is placed on number five with 75 points in their kitty. The Bianconeri has an exceptional record when it comes to the head-to-head record against Atalanta as they won 28 games out of 42 matches. Atalanta has managed only five victories. Needless to say that Atalanta will look to better the record.

Now, let’s have a look at the squad declared by Juventus:

Juventus has already reached Atalanta and Juventus had shared pictures of the team boarding the train to Stadio Citta del Tricolore.

Here are the pictures of the team:

On our way to the Coppa Italia final with @LeFrecce! 🚄🏆🇮🇹

Check out the predicted playing XI for both teams below:

(The above story first appeared on Scoop Buddy on May 19, 2021 12:05 PM IST. For more news and updates on politics, world, sports, entertainment and lifestyle, log on to our website scoopbuddy.com).