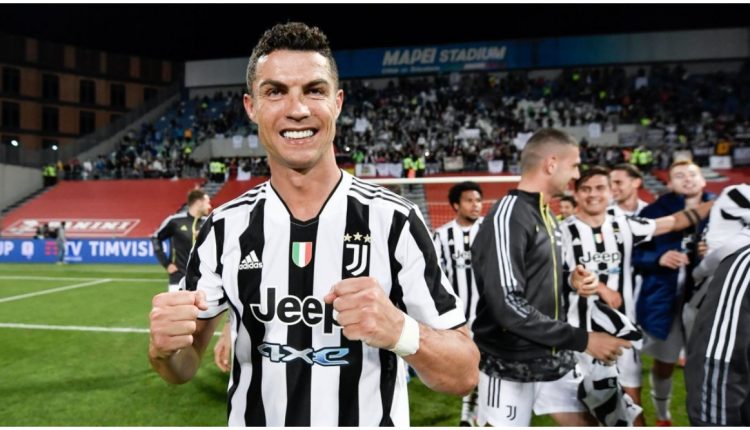 Portuguese star Cristiano Ronaldo took to Instagram on Monday to launch a new junior eyewear collection under his brand ‘cr7cristianoronaldo’. In a selfie picture, Ronaldo seems to be in a happy mood, sporting the same sunglasses as the boy on his left. He captioned the post, “Matching style and matching shades! @cr7cristianoronaldo Junior Eyewear Collection is ready to conquer your whole family. #CR7EYEWEAR”. Cristiano Ronaldo Poses With Most Valuable Player of the Year Award Amid Transfer Rumours

There has been a lot of talk in recent times about Ronaldo seeking a move out of Juventus, after the former Italian champions failed to retain the Scudetto and had some disappointing performances this season. He was even benched for Juventus’ final game of the Serie A season, which they needed to win to secure Champions League qualification.  Cristiano Ronaldo Shares Emotional Instagram Post Amid Transfer Rumours After Difficult 2020–2021 Season With Juventus

On a personal front, he had a fruitful season, becoming the ‘Most Valuable Player’ for Juventus and ending as Serie A’s top scorer with 29 goals. His transfer rumours further got fuelled when he posted a cryptic message a day ago, talking about the season, his performances and accolades that he achieved and ended it with thanking everyone who supported him in the “journey”.

(The above story first appeared on Scoop Buddy on May 26, 2021 09:09 AM IST. For more news and updates on politics, world, sports, entertainment and lifestyle, log on to our website scoopbuddy.com).