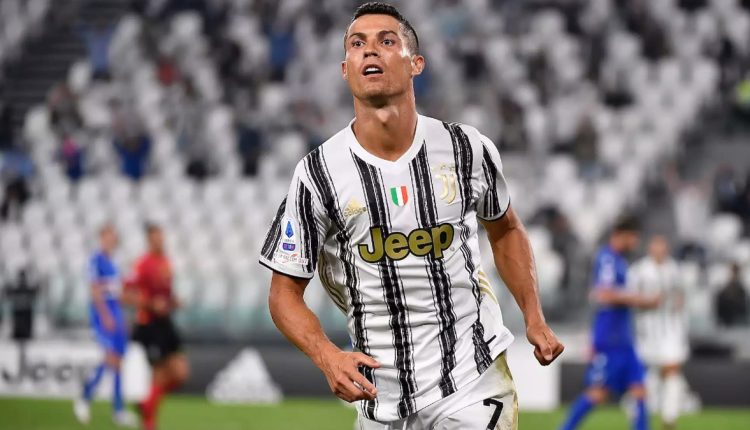 Cristiano Ronaldo’s future at Juventus remains uncertain and the Portuguese superstar is looking for an exit after an underwhelming season by the Bianconeri. The Italian giants saw their dominance at the top of Italian football come to an end as Inter Milan dethroned them from the top, becoming the first club other than Juventus to win the Serie A title for the first time in a decade. Cristiano Ronaldo Transfer News: Juventus Reportedly Worried About Portuguese Star’s Future at Turin.

According reported by The Sun, Cristiano Ronaldo wants an exit in the summer from Juventus and have his eyes set on a return to former club Sporting Lisbon of Portugal. The five-time Ballon d’Or started his professional career at that club, playing for them from 2002 to 2003, before securing a big-money move to Manchester United. Cristiano Ronaldo’s Late Brace Completes Comeback Win for Bianconeri.

Cristiano Ronaldo is keen on a return to his boyhood club once he leaves Juventus, which is expected to be sooner than expected. The 36-year-old still has a year left on his contract at the Italian club, but the Bianoneri are looking to cut the Portuguese from their wage bill as they are planning a rebuild in the summer.

Manchester United and Paris Saint Germain are rumoured to be the five-time Ballon d’Or winner’s next destination but according to reports from Portugal, Cristiano Ronaldo wants to end his career at Sporting Lisbon, a club which the 36-year-old’s mother and rest of the family are huge fans of.

Cristiano Ronaldo was just 12 years old when he joined Sporting’s academy in 1997. He was then promoted to the senior squad for the 2002/03 campaign, making his debut at 17 and scoring five times in 31 appearances before catching the eye of Sir Alex Ferguson during a friendly against Manchester United.

Juventus are having a below-par season and as per reports in Italy, if they miss out on a Champions League spot, Andrea Pirlo could be sacked, Max Allegri is tipped to replace the Italian with the 53-year-old keen on building his team around Paulo Dybala and does not have Cristiano Ronaldo in his plans.

(The above story first appeared on Scoop Buddy on May 05, 2021 03:16 PM IST. For more news and updates on politics, world, sports, entertainment and lifestyle, log on to our website scoopbuddy.com).

Radhika Madan Gets the First Dose of COVID-19 Vaccine, Urges Everyone to Register and Get the Shot on Priority

Mahindra’s ‘Oxygen on Wheels’ to roll out in Delhi soon, says Anand Mahindra