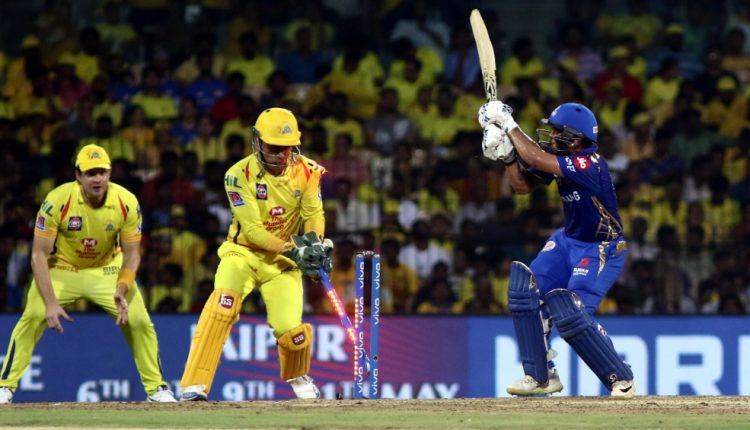 MI vs CSK Live Score Updates: It’s time for the biggest rivalry of the Indian Premier League (IPL) as Mumbai Indians and Chennai Super Kings lock horns in match 27 of VIVO Indian Premier League. The Arun Jaitley Stadium in Delhi hosts the much-awaited clash on Saturday evening (May 1). Two of the most successful teams in IPL, MI and CSK, have set the stage on fire more often than whenever they cross swords and hence, it would be exciting to see how the upcoming clash unfolds. Meanwhile, stay tuned for the live updates and commentary of the mouth-watering clash. IPL 2021 Points Table Updated.

It has been a dream campaign for CSK so far as they registered five victories on the trot after losing their first game against Delhi Capitals. Openers Faf du Plessis and Ruturaj Gaikwad have given CSK brilliant starts regularly, while Ambati Rayudu and Suresh Raina have also played their part brilliantly. Although their bowling attack isn’t that daunting, their all-rounders separate them from all other franchises. Ravindra Jadeja, Moeen Ali and Sam Curran have been brilliant in all three departments, and the five-time winners must beware of them. MI vs CSK, IPL 2021 Live Cricket Streaming: Watch Free Telecast of Mumbai Indians vs Chennai Super Kings.

On the other hand, the defending champions have blown hot and cold this season, winning three of their first six games. Their middle-order woes have been their biggest nemesis this season, with Ishan Kishan and Hardik Pandya under fire. However, they made some surprising changes in their last encounter against KKR and that move paid off. While Kishan was dropped from the XI, Krunal Pandya was promoted at number four, with Nathan Coulter-Nile placed at number seven. Although MI won the game by seven wickets, it would be interesting to see if this strategy is sustainable for the long run.

Although CSK had a far better campaign this MI so far, predicting favourites for this contest isn’t easy. Mumbai Indians have a knack of bouncing back after slow starts, and CSK should be aware of the fact. However, the momentum is in CSK’s favour, and the three-time champions would be confident ahead of the fixture.