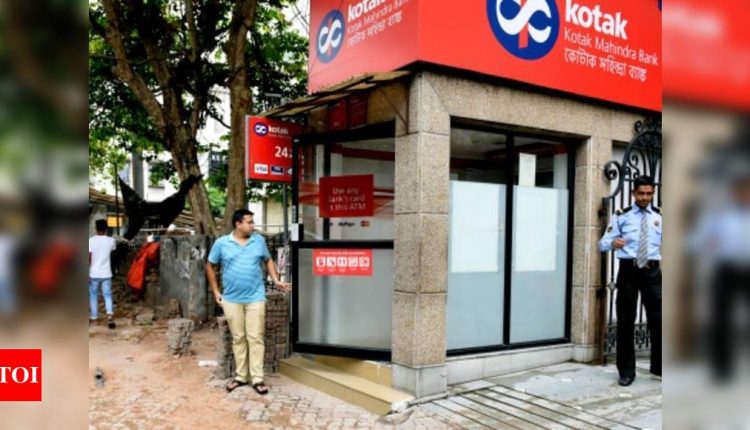 By admin On May 11, 2021
0
Share
MUMBAI: Private banks have scaled down their unsecured loans portfolio in the wake of the pandemic last year, which has reduced the risk of defaults during the second wave.
Private banks have shifted focus to small business loans that are secured by a government guarantee. This was done under the Emergency Credit Line Guarantee Scheme (ECLGS) announced by the government in the wake of Covid. Another segment where banks have been aggressive is home loans, which saw unexpected demand in the fourth quarter despite the pandemic.
Kotak Mahindra Bank said during its earnings call that it has reduced its unsecured portfolio to 5.8% of the loan book in FY21 from 7.5% earlier. Given that the bank had hardly grown its loan book during the year, it meant that the lender had shrunk its unsecured book.
ICICI Bank too has been cautious in this segment of individual loans. While the bank grew its home loans by 21% year on year, its loan book grew in single digits. The bank also brought down its loan against shares and other securities by 8%. Incidentally, lenders consider two-wheeler loans to be part of their unsecured portfolio as both recovery costs and depreciation are high. ICICI Bank shrunk its two-wheeler loans by 4%.
Axis Bank had been bringing down its share of unsecured loans to small businesses even before the pandemic. As against 19% of small & medium enterprise (SME) loans that were unsecured in FY19, the share came down to 15% in FY20 and 11% in FY21. During its results announcement, Axis Bank said that it shifted focus to secured lending and growing the deposit base. It also said that it has made 100% provisions for unsecured loans that were restructured.
Another private lender IndusInd Bank said that it will remain cautious on unsecured lending and will contain this segment within 5% of the bank’s portfolio. It would also go slow on three-wheeler loans.
According to analysts with rating agencies, the growth in home and government-guaranteed loans has helped lenders expand the balance sheet even as they shied away from unsecured loans. By making 100% provisions for unsecured loans, private banks have ensured that they do not have to take a major hit in the first quarter despite the second wave of the pandemic buffeting the economy.
0
Share FacebookTwitterGoogle+ReddItWhatsAppPinterestEmail