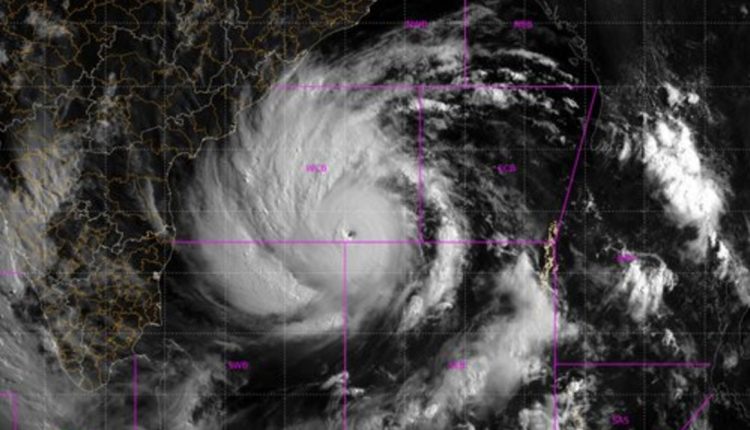 Cyclones, Hurricanes And Typhoons: Know The Difference And How Are They Classified

Based on the region and severity, cyclones may be referred to as typhoons or hurricanes. The characteristics that differentiate hurricane and cyclone is the geographical location in which they occur. A tropical system of wind depression that occurs in the Atlantic and North east Pacific ocean is called a hurricane while in the north Indian Ocean they are called a cyclone. Cyclone Yaas: Over 80,000 People Evacuated From Vulnerable Areas to Cyclone Centres in Odisha.

The Atlantic hurricane season runs from June 1 to November 30, but the typhoon and cyclone seasons follow slightly different patterns. In the northeastern Pacific, the official season runs from May 15 to November 30. In the northwestern Pacific, typhoons are most common from late June until December. While in the northern Indian Ocean cyclone season ranges from April to December. Cyclone Yaas Likely To Cross Odisha-West Bengal Coasts as ‘Very Severe Cyclonic Storm’, Expected To Make Landfall at Balasore Coast on May 26.

In the northwestern Pacific, the same powerful storms are called typhoons. In the southeastern Indian Ocean and southwestern Pacific, they are called ‘severe tropical cyclones.’ In the northern Indian Ocean, they are called ‘severe cyclonic storms’ whereas, in the southwestern Indian Ocean, they’re just ‘tropical cyclones.’ To be classified as a hurricane, typhoon, or cyclone, a storm must reach wind speeds of at least 119 km per hour. If a hurricane’s speed reaches of 179 kilometers per hour, it is referred to as an ‘intense hurricane.’ If a typhoon hits 150 miles per hour then it becomes a ‘super typhoon.’

Hurricanes differ from Cyclones based on the fact that hurricanes form and develop around and over ocean water. Heat and moisture provide the conditions for the sustainability of the hurricane. Hurricanes are usually found near the tropical areas of the world. Cyclone Yaas May Impact Assam, Meghalaya, and Sikkim on May 26 and 27, Say IMD Officials.

On the other hand, Hurricanes and typhoons occur in the same weather phenomenon as tropical cyclones which is a generic term used by meteorologists to describe a rotating, organized system of clouds and thunderstorms that originates over tropical or subtropical waters and has low-level circulation. Thus, cyclones, hurricanes, and typhoons are all the same weather phenomenon. Scientists just call these storms different things depending on where they occur.

(The above story first appeared on Scoop Buddy on May 25, 2021 04:17 PM IST. For more news and updates on politics, world, sports, entertainment and lifestyle, log on to our website scoopbuddy.com).