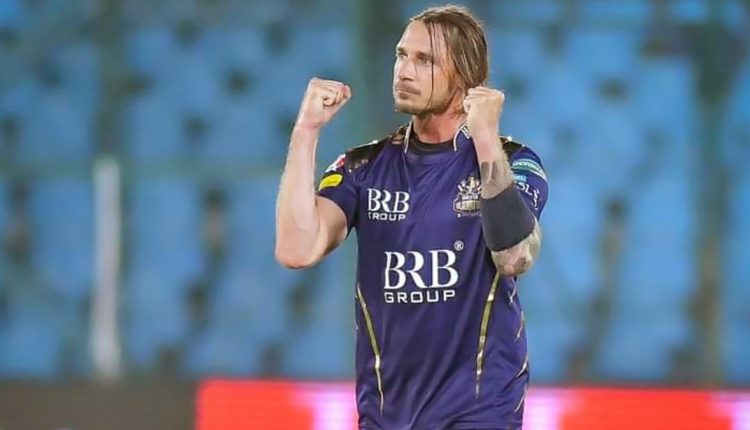 South African speedster Dale Steyn took a sly dig at a fan after the VIVO Indian Premier League (IPL) 2021 got postponed indefinitely. The Board of Control for Cricket in India (BCCI) took the major decision after several players and staff members tested positive for the widely-spreading COVID-19 virus. While many fans and experts were disappointed with the gala tournament suspended, Steyn used the opportunity to poke fun at a netizen who taunted the pacer for choosing Pakistan Super League (PSL) over IPL 2021. For the unversed, Steyn, who represented Virat Kohli’s Royal Challengers Bangalore (RCB) in IPL 2020, opted out for the 2021 season and instead plied his trade for Quetta Gladiators in PSL 2021.

The Proteas talisman sparked more controversy by stating that Pakistan’s tournament is more rewarding than IPL. Steyn felt that when playing in IPL, there is a greater emphasis on the amount of money; hence the cricket gets forgotten. The 37-year-old faced a lot of flak for his statements, and fans trolled him even further when PSL 2021, which was taking place in March earlier this year, was postponed in the wake of the rise in the number of coronavirus cases. IPL 2021: Dale Steyn Breaks Down on Live Show After Shivam Mavi Calls South African Speedster His Idol (Watch Video).

Following the suspension of Pakistan’s T20 League, one disgruntled fan took a dig at Steyn for choosing PSL over IPL. “More time at hand for @DaleSteyn62 to figure out which of PSL or IPL is better. Perhaps also accounting for the fact that once started, the IPL managed to finish!” the fan tweeted. Reacting to the tweet at that time, Steyn just wrote: “Haha you’re funny.”

However, two months later, Steyn remembered that fan again after BCCI postponed IPL 2021. Replying to that tweet, the veteran fast bowler took a sly dig at the fan by writing, “Hi” with a face-mask emoticon.

Meanwhile, the Pakistan Cricket Board (PCB) is now planning to conduct the remaining of the tournament from June 1 in a bio-secure bubble. On the other hand, BCCI is planning to schedule the remaining matches in September, just before the ICC T20 World Cup 2021.

(The above story first appeared on Scoop Buddy on May 05, 2021 03:47 PM IST. For more news and updates on politics, world, sports, entertainment and lifestyle, log on to our website scoopbuddy.com).

About Fate: Thomas Mann To Reunite With Emma Roberts for a Romantic-Comedy Film

‘Made in India’ J&J vaccine may roll out only in fourth quarter, Health News, ET HealthWorld