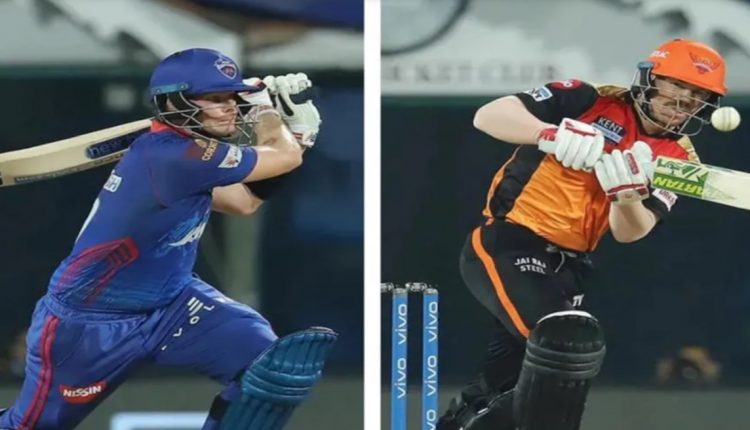 David Warner and Steve Smith Could Withdraw from IPL 2021 Amid Increasing Number of COVID-19 Cases in India: Reports

Steve Smith and David Warner could withdraw from IPL 2021 amid an increasing number of COVID-19 cases in India. Andrew Tye, Ravichandran Ashwin, RCB’s Adam Zampa and Kane Richardson were the ones who ended their stint with the tournament this season over the fear of COVID-19. Now a report has surfaced from 9News that Steve Smith and David Warner could fly back home quite soon. “Australian cricketers including David Warner and Steve Smith are now hoping to be flown home to India before borders shut,” mentioned the report. Australian Cricketers in IPL 2021 Will Have to Make Own Arrangements for Return, Says PM Scott Morrison.

The report further said that there are around 30 people including the players and commentators who are keen to get out of the country owing to the deteriorating condition of COVID-19. For now, there are around 14 players in India from Australia.  Among the commentators, we have Brett Lee, Michael Slater and Matthew Hayden. The report further stated the ones in the commentary panel could also be flown home. Mumbai Indians’ Chris Lynn suggested that Australia should make arrange a special flight for their players to get them back home.

Whereas  Aussie pacer Nathan Coulter-Nile said that he was quite surprised to see Adam Zampa and Richardson withdrawing from the tournament as according to him, staying in the bio bubble is far safer than travelling in the current situation. According to the latest update, Australian PM Scott Morrison said that the players in IPL 2021 will have to make their own arrangements to fly back home.

(The above story first appeared on Scoop Buddy on Apr 27, 2021 01:58 PM IST. For more news and updates on politics, world, sports, entertainment and lifestyle, log on to our website scoopbuddy.com).