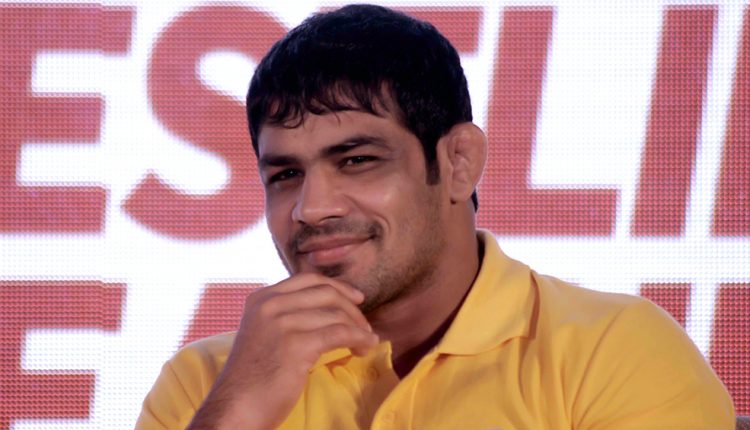 New Delhi, May 15: Double Olympic medallist Sushil Kumar, on the run after his name surfaced in the murder case of a former international wrestler this month in Delhi, could face more trouble after a Delhi court on Saturday issued a nonbailable warrant (NBW) against him. “Since Kumar was untraceable, the Delhi Police on Saturday approached the local court to get a NBW issued, and it was approved,” a source told IANS.

Sushil, employed with the Indian Railways, is posted as an Officer on Special Duty (OSD) at Chhattrasal Stadium, where the brawl allegedly took place. Former international Greco Roman wrestler Sagar Dhankar, 23, died on May 4 after a group of wrestlers allegedly beat him up at the stadium.

“Delhi Police has recorded the statements of the victims recovering in a local hospital, and they have made allegations against Kumar. We sent our team to his house but he was not found,” Sidhu had said.

Although Dhankar had been training at Chhattrasal Stadium since 2014, his roots were in Sonepat, Haryana. “He represented India in several sub-junior and junior international events. For the past two years Dhankar wasn’t competing in tournaments as he was injured,” said a wrestling coach.

(The above story first appeared on Scoop Buddy on May 15, 2021 11:48 PM IST. For more news and updates on politics, world, sports, entertainment and lifestyle, log on to our website scoopbuddy.com).

The Northman: Nicole Kidman’s Upcoming Film To Release in Theatres on 2022!