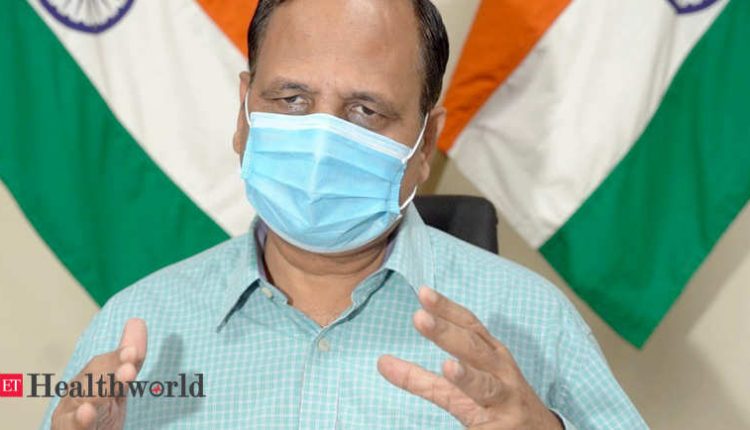 By admin On May 22, 2021
0
Share
NEW DELHI: Delhi’s health minister Satyendar Jain on Friday said that the capital has seen 197 cases of black fungus or mucormycosis so far and advised Covid-19 patients to not use steroids without doctor’s advice, apart from monitoring and controlling blood sugar levels to prevent the infection that can be fatal.

“Black fungus is on an increase because of two reasons — increase in blood sugar level and usage of steroids beyond the advice of doctors, thereby leading to a decrease in immunity levels,” Jain told reporters on Friday, adding steroids should be taken only on doctor’s advice and not beyond the course recommended by the doctor. He also said that black fungus can only be treated through the standard protocol and at hospitals, not at home.

“The medicines cannot be purchased from medical stores as this cannot be treated at home, you need hospital admission and the supervision of a doctor. The 197 cases include people from other states as well. Those being discharged from hospitals are also being observed,” he said.

Jain said there is a problem of shortage of medicines for black fungus, which is not only in Delhi but the whole country. “The Centre is controlling medicines of black fungus. They are giving medicines according to state-wise quota. They have allocated 2,000 medicines for Delhi,” he said. “Delhi government will give medicines to hospitals as soon as we get them,” he said.

He said Delhi’s requirement is much more than what the Centre has given. “How can we equally distribute to hospitals when we have received less? Even the high court has stated that there is a shortage of black fungus medicines in India and the Centre should import the medicines,” he said.

“Taking steroids in large amounts will cause your immunity to deteriorate. Black fungus breeds in our environment, mostly in clay, dirt, or rotten things lying around us. A healthy person has very low chances of getting this problem,” he said. He added that due to worsened immunity, patients who have taken steroids should be vigilant till seven days after the course finishes. He said such patients should minimise social interactions and people around them must keep distance from them till then.

Jain said controlling and monitoring the blood sugar level is really necessary at this stage. “When our body contracts any virus, bacteria, or fungus, it adversely affects our blood sugar level. The necessary medicines should be taken to monitor it. Those who already suffered from diabetes were given injections in hospitals while they were admitted. On being discharged, they rely heavily on steroid pills, which is a huge risk for them,” he said.