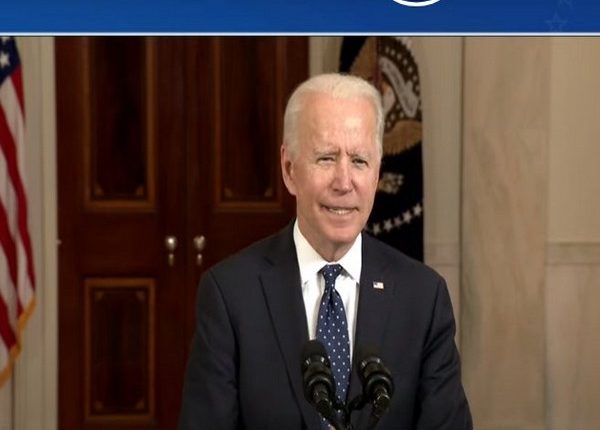 Derek Chauvin’s Conviction in Death of George Floyd ‘a Step Forward on the March Towards Justice in America’, Says US President Joe Biden

Washington, April 21: Nothing can ever bring George Floyd back but this can be a giant step forward on the march towards justice in America, US President Joe Biden on Tuesday (local time) said after former Minneapolis policeman Derek Chauvin was convicted of George Floyd’s murder.

“No one should be above the law. Today’s verdict sends that message, but it is not enough. We can’t stop here. In order to deliver real change and reform, we can and we must do more to reduce the likelihood that tragedies like this ever occur.

“There’s meaningful police reform legislation in George Floyd’s name, but it shouldn’t take a year to get it done. I assured the Floyd family that we’re going to continue to fight for the passage of the George Floyd Justice in Policing Act so I can sign it into law right away,” he added.

The US President further said: “‘I can’t breathe’ — those were George Floyd’s last words. We cannot let them die with him. We have to keep hearing them. We must not turn away. We cannot turn away.”

“This can be a moment of significant change.

“Let there be a legacy of peace, not violence. Those who see to exploit raw emotions of the moment, fan the flames of division, we can’t let them succeed. This is the time to unite as Americans and fight racial prejudice,” he added.

Biden and Vice President Kamala Harris also spoke to the family of George Floyd. “We’re all so relieved, not just one verdict but all three. Guilty on all three counts. It’s really important,” Biden said to the family. He said that “I’m anxious to see you guys. We’re going to get a lot more done. We’re going to do a lot. We’re going to stay at it until we get it done”.

The former officer was charged with killing Floyd by kneeling on his neck for more than nine minutes, which was captured on video footage in May 2020 and triggered nationwide demonstrations for racial justice.

Zim vs Pak, 2021 – Misbah-ul-Haq open to trying out new faces but winning the series is priority