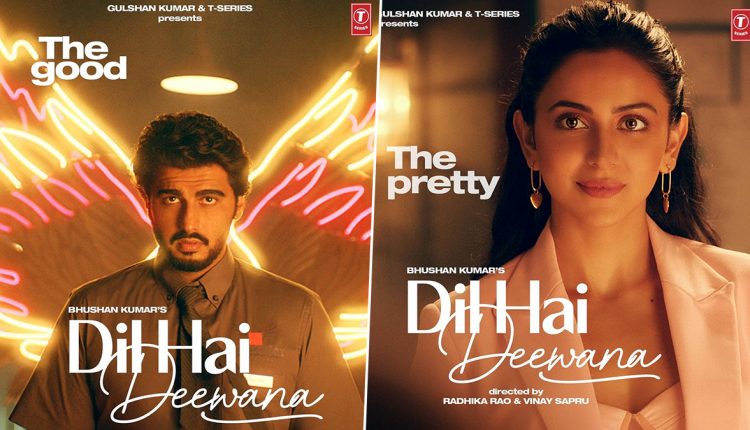 Life comes a full circle for the actor Arjun Kapoor and singer Darshan Raval, who first interacted on a singing reality show in 2014. Seven years later, the two finally collaborate on Bhushan Kumar’s T-Series’ new track Dil Hai Deewana. Back in 2014, Arjun was a guest judge on a popular reality singing show and was floored when Darshal Raval took to the stage with a fantastic performance. It was then that the actor expressed his dream of someday having Darshal sing for him. Dil Hai Deewana Posters Out! Arjun Kapoor and Rakul Preet Are On A Good Vs Pretty Battle In The First Look of their Music Video.

That dream has finally turned into reality as the two have collaborated on this romantic dance single composed by Tanishk Bagchi. Darshan Raval recently posted a throwback video from the show on Instagram, and penned a special message for Arjun Kapoor saying ‘bhai lo ho gayi aapki awaaz’ to which the actor responded ‘iss awaaz pe mera Haq hai’. Allu Sirish: Darshan Raval and Neeti Mohan’s Song Vilayati Sharaab Was a ‘Stroke of Luck’.

Interestingly, while Arjun Kapoor and Darshan Raval will be working together for the first time, the actor reunites yet again with his ‘Sardar Ka Grandson’ co-star Rakul Preet Singh and his former Aurangzeb co-star turned singer Zara Khan, who has lent the female vocals for this song. ‘Dil Hai Deewana’ will be out on April 17 on the T-Series’ YouTube channel.

Gul Panag: Business of Life Has Become Urgent for Focus on Environment