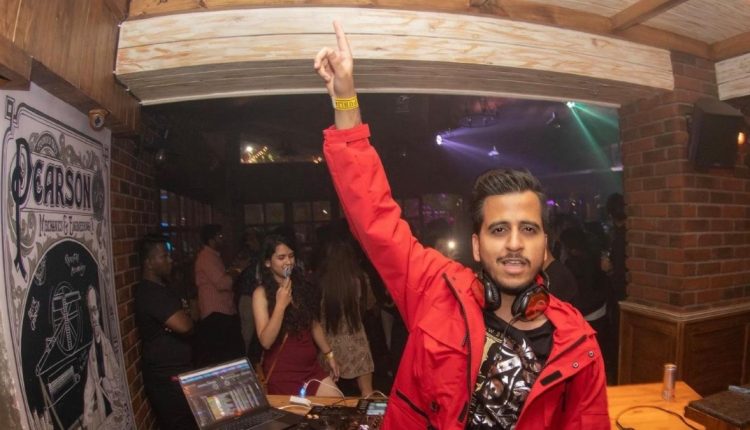 DJ Ankit Rohida Excels as a Distinguished Artist in India, Takes His Talent Across Borders

There has been a rapid evolution in the music industry in the last few years. With each passing day, the demand for electronic-produced music is reaching a new high, thanks to the talented artists and DJs who have given modern music a new feel with their beats. Among many young talents, Ankit Jaipal Rohida aka DJ Ankit Rohida has shown his brilliancy as a top-class DJ in the country. The Pune-based DJ began his career at a very early age. His love story with mixes and remixes started in 2014. In a very short time, DJ Ankit has impressed the masses with his performances at clubs, weddings and corporate events.

As a DJ and a music producer, DJ Ankit Rohida believes in creating original remixes rather than recreating classic songs. Showcasing his diverse skills during college, Ankit competed with various other DJs, and he went on to win the Symbiosis War of DJs held at Blue Frog in Pune in the year 2018. Well, getting into the field of DJing was a challenge for him as many thought that it is not a wise career move. However, DJ Ankit Rohida has broken the stereotypes and washed the mindset of many people who had a belief that the scope in music is limited.

The DJ honed his skills from Spinmaster Kaz Academy in Pune, and today he has been the first preference of many clubs and pubs across Pune and other cities. While speaking about the difficulty to get into this field, the DJ revealed, “My parents were initially not supportive of my decision to become a DJ. But they have seen my hard work and passion for DJing. Convincing them was a challenge, but I was sure that I would make a successful career as a disc jockey. I would like to thank my parents for always being there”, said DJ Ankit.

At the onset of his career, getting shows and gigs was a hurdle for him. But gradually with time, he got small-scale events, and then grand parties and events at clubs happened. Bollywood, Punjabi and commercial music is what fascinates the DJ the most. However, performing at destination weddings is what DJ Ankit loves the most. “I get to interact with people and know them on a personal level”, he added. Moreover, a year ago, he began producing audio and video sets to give people the best visual experience, and now he is one of the most celebrated VDJs in India. He has collaborated with various artists from the music industry and has shared the stage with the legendary DJs of India like DJ Suketu, DJ Akbar Sami, DJ Lemon, DJ Kaz and many more.

Besides this, DJ Ankit has performed across borders in Dubai and Doha. Having worked with reputed names like Pritam Chakraborty, Boman Irani, Urvashi Rautela and Chunky Pandey, the DJ at 23 has set a bar for himself. Started without any direction, DJ Ankit Rohida has created his path, and today he is one of the most in-demand DJs in India. During the lockdown, he performed at various virtual events, and he can’t wait to enthral the audience again at clubs, pubs and other public spaces.