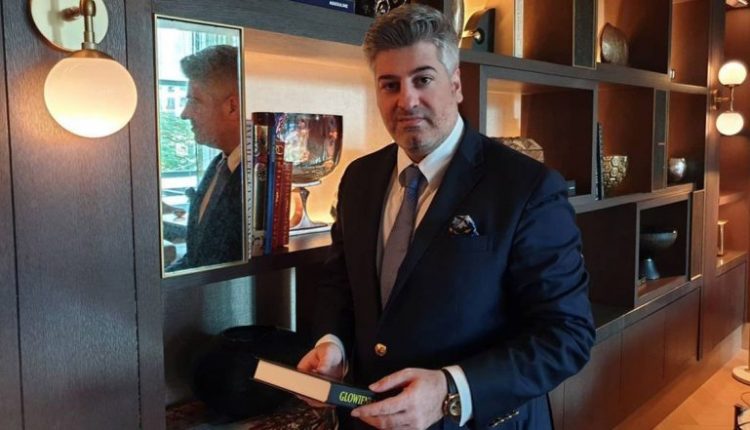 Do Anything You Like But Put Your Heart to it, Says The Sensational Author and Entrepreneur Shahram Kabiri

It is said that no one has been able to define talent, it is not something that one can create, it is something that a person is born with. Everybody wants to follow his passion but following your passion requires a lot of struggle and hardships. It takes the courage to be ready to endure any pain that comes between you and your goal, says Shahram Kabiri. Shahram Kabiri is an entrepreneur turned author.

Shahram’s Origin is basically from Iran, Tehran. His parents moved to Dubai in 1975 while he was born and brought up there and has stayed there ever since. From the very beginning of his childhood, he was a child with multiple talents. He was very interested in playing football and martial arts. It came as a complete surprise to his parents when he decided to pursue his education in the Business sector. Shahram is a graduate of business management and international Law. No one had the slightest of hint that the person who loved combat sports will one day become a really successful business man and really cherished author. Nobody expected him to grow in such a beautiful way.

Shahram says he had always possessed the art of writing. As a teenager he was very much into poetry; he loved reading poetry more than his textbooks. He started his writing career just by writing for himself, later on, his love for poetry and writing grew and he started his personal blog called “parvanagi” which basically translates to “permit ” in English. He then later collected all his writing blogs into a digital book. To give his content a mass reach, he moved to social media and started posting on his personal Facebook and Instagram page. Shahram is a completely romantic person, that’s why most of his poems speak about love. Some of the very big names in the music industry have sung his poems. Some singers have also performed on his very famous lyrics “mohtaj” needy. He says, it feels really good to be acknowledged by someone who understands the Passion just as much as you do.

Shahram has also written two very famous books, Sometimes I Miss Myself, which basically tells about the stages of love and heartbreaks at various ages, and his second book “one thousand roses” is already creating a buzz in the market.

Apart from being so poetic and passionate, shahram is a very serious business man and is the CEO of M1 Holdings which is basically an infrastructure development and investment firm, developing their new Greek development project. Shahram says, “ you get everything you want in life, only by working really hard towards it.