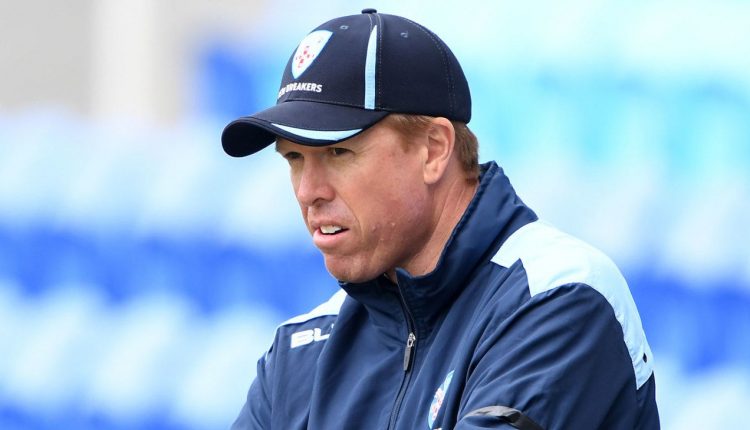 Dominic Thornely will leave his role as head coach of New South Wales Breakers and move into the male pathway with the state.

Thornely had been in the job for the last two seasons during which New South Wales failed to win the Women’s National Cricket League (WNCL).

They finished as runners-up in the 2019-2020 season, losing to Western Australia in the final, only the fourth time they had not won the title, then in the recent campaign finished fourth which meant they missed the decider for the first time.

“Like we do every season we have reviewed all of our elite programs and as part of that concluded that it was important that Dom’s expertise was not lost to the organisation, and that his skillset is best suited to contributing in the Male Pathways area,” Greg Mail, New South Wales’ head of cricket, said.

“He may not have achieved everything he set out to do with the Breakers but his coaching career continues to develop. Dom will start his new role with a focus on developing young talent in Country NSW and we are really excited to see the impact he can make.”

“Dom has worked as both an Assistant and Head Coach over the past four seasons and over that time he has overseen the development of our next generation of athletes,” she said. “He leaves the program with strong foundations and I wish him well in his future endeavours.”

Thornely said: “As a coach, it is important to experience a broad range of coaching opportunities. I have really enjoyed my time in the female programme but the one area I haven’t had an opportunity to explore is the male pathway.

“I believe my playing experiences will compliment my coaching background in this role and I look forward to the challenge of developing future Test cricketers.”