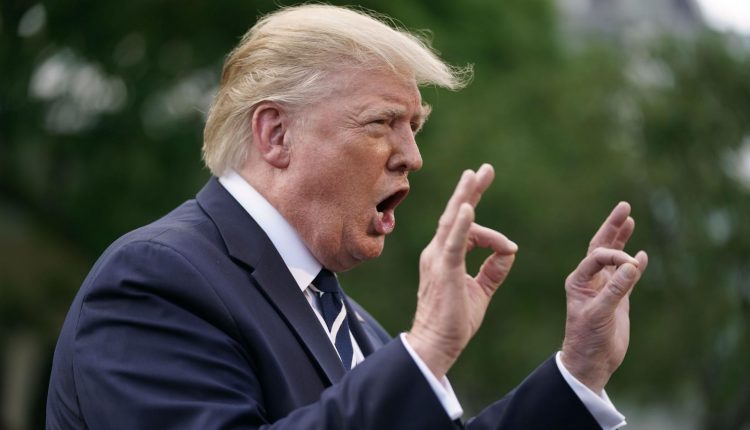 Washington, May 5: Former US President Donald Trump, who was banned from social media platforms including Twitter and Facebook, on Tuesday (local time) unveiled a new “communications platform”. “From the Desk of Donald J Trump,’ is the name of the platform which is a subsection of the ex-presidents existing website.

Trump spokesman Jason Miller said on Twitter that the new website is “a great resource to find his latest statements and highlights from his first term in office,” but added “this is not a new social media platform. We’ll have additional information coming on that front in the very near future.”US Presidential Election Results 2020: Donald Trump Reiterates ‘Election Fraud’ Charge, Twitter Flags His Tweets.

“Straight from the desk of Donald J Trump,” said a 30-second video posted on the site that included references to his banning from social media. The website includes written statements issued by Trump since leaving office on January 20. The platform has a camera feature that Trump can use to make video statements.

After being banned from social media platforms including Facebook, the former President launched the communication platform on the eve of a decision by Facebook’s oversight board about whether to allow him back onto the social networking site.

Reported first by Fox News, the communication platform went operational more than four months after Facebook, Twitter and other social media companies banned Trump’s tweets and posts about the general election that triggered the January 6 insurrection at the US Capitol.

Deidre Schill Is One of Australia’s Top Relationship Coaches, and Here Is Why