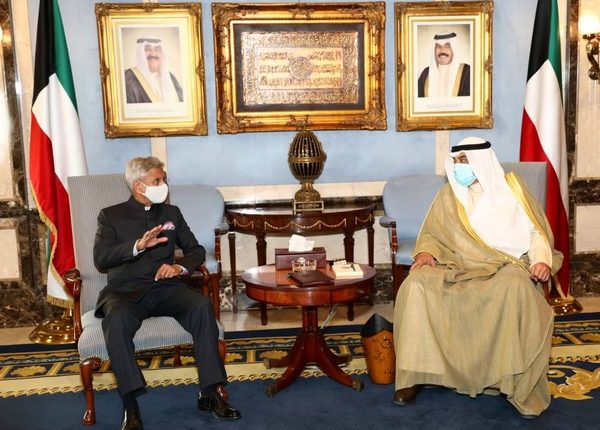 Kuwait City, June 12: External Affairs Minister (EAM) S Jaishankar on Friday interacted with members of the Indian community in Kuwait, as part of his three-day visit to the gulf nation. Addressing the Indian diaspora virtually, Jaishankar promised more direct contact during his next trip, and noting the important energy partnership with Kuwait, said that his latest visit was focused on ways to find new areas of cooperation.

“…my visit, and my talks with Foreign Minister Ahmed were actually focused on how do we find new areas of cooperation, as keeping in mind both the immediate impact of the COVID, because I think all of us have learnt many things from the COVID experience, as well as the longer-term changes which are happening.”

Jaishankar further said that the current environment is “very dominated by COVID concerns, health issues have become very important for every society.” “In fact, we look at health very much today as part of our national security,” and added that food security is also a big issue. Defence Minister Rajnath Singh Approves Policy On Archiving And Declassification Of War Histories.

He also informed that during his talks with the Kuwaiti leadership education was also discussed. “We also discussed education because I think people do see India today as not just a source of skills and talents but as a country, which is being very creative about growing its educational capacities.”

During the virtual interaction, Jaishankar thanked Kuwait for providing oxygen supplies during the second wave of the pandemic in India. “And among the countries which actually took the lead, I would particularly single out Kuwait in this regard, they provided us more than 500 metric tonnes, and they’re very prompt and very efficient in that regard.”

The minister also expressed his delight over the signing of an MoU that brings Indian domestic workers in the Gulf nation within a legal framework that provides them with the protection of the law and streamlines their recruitment.

“I was particularly pleased to that matter which has been long pending, which is an MOU, relating to our domestic workers here. That was finalised and signed by the ambassador and the Kuwaiti official, which in many ways streamlines and strengthens the position of our workers in Kuwait.”

Stevie Wonder is a Hit! Kizz Q Draws Attention Locally and Beyond