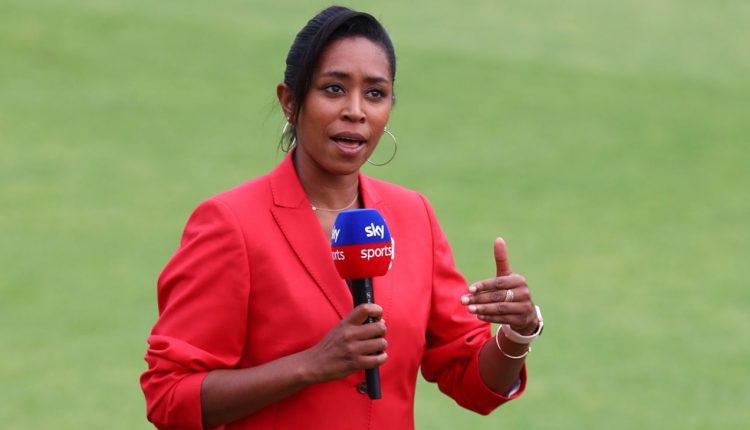 England cricketer-turned commentator Ebony Rainford-Brent has become an MBE in the Queen’s Birthday Honours list for services to cricket and charity.

Rainford-Brent was recognised for her work with the African Caribbean Engagement (ACE) Programme. The organisation was founded in January 2020 to engage young people from African and Caribbean heritage in cricket following a decline in the number of Black British professional players.

She also spoke powerfully of her own experiences of racism alongside Michael Holding in a programme aired during Sky Sports’ coverage of the first day of the first Test between England and West Indies last summer.

“You never imagine the day you hit your first ball that you’ll get this sort of recognition,” Rainford-Brent told Sky Sports, with whom she is commentating on the ongoing second Test between England and New Zealand at Edgbaston.

“It’s been an incredible year. Everything from working on the ACE Programme, my broadcasting career and the feature with Michael Holding, which shows the direction of travel. I’m really honoured and hope to continue to use my platform for good.”

Rainford-Brent said she turned off her social media in anticipation of a backlash against the video on racism in cricket and society with Holding. But she described the positive response to the piece as “mind-blowing”.

“It showed me that the world is ready to talk about these sorts of issues,” she told Sky.

In addition to her commentary work for Sky and the BBC, Rainford-Brent is chair of the ACE Programme set up by her club, Surrey. The initiative has been awarded a £540,000 grant from Sport England and has expanded to work with communities in London, Birmingham and Bristol. She is also a trustee of the Chance To Shine charity.