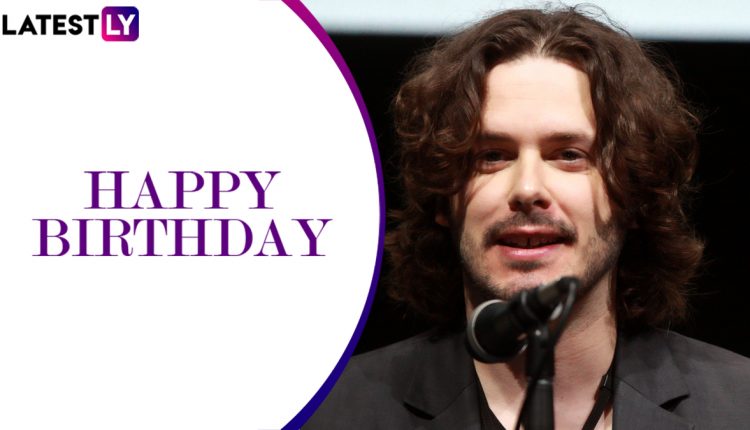 Edgar Wright Birthday Special: From Shaun Of The Dead to Baby Driver, Here Are 5 of His Best Films Ranked

Probably considered as one of the best directors working today in Hollywood, Edgar Wright has made a name for himself by crafting some really stylish films. His movies are fast paced and kinetic satirical genre films, which feature extensive utilization of expressive pop music and a signature editing style which he has come to known for. The 39 Steps: Benedict Cumberbatch to Reunite with Patrick Melrose Director Edward Berger for Netflix Series.

He started off initially with making independent short films before making his first feature film in 1995. Every Edgar Wright release is met with a lot of fanfare and excitement and even the harshest of his critics agree that his movies are really fun. So to celebrate this amazing director’s 47th birthday, we are ranking down 5 of his best films in the order of worst to best: Francis Ford Coppola Birthday Special: From The Godfather to Dracula, 7 Best Films Made By the Director Ranked by IMDB Rating (Scoop Buddy Exclusive).

The third and the final film in his Three Flavours Cornetto Trilogy, this science fiction comedy follows five friends who discover during an epic pub crawl, that there is an alien invasion in their hometown. Usually considered as his weakest film, it still received really good reviews and capped off this trilogy of anthology films on a high note.

The second film in the Three Flavours Cornetto Trilogy, this buddy cop movie follows two police officers investigating a series of mysterious and gruesome deaths in a West Country village. The film received rave reviews upon its release for how funny and clever it was and especially for the chemistry between Simon Pegg and Nick Frost.

Baby Driver follows a getaway driver trying to escape his life of crime with his girlfriend Debora. The film features an all-star cast and a really good soundtrack. It’s clever, it’s funny, it’s kinetic and best of all it’s a lot of fun. What makes it so special is how the colours in the film represent Baby’s mindset and act as a symbolism to what he is feeling. The editing and sound mixing of the film is also really well done since the action in the movie is synchronized to the beats of the songs.

The movie that got Wright on the map, this movie kicked off the Three Flavours Cornetto trilogy. This horror comedy follows Shaun along with his friend Ed who try to take refuge in a pub with their loved ones as there is a zombie apocalypse on the rise. The movie is incredibly funny and popularized his editing style.

This romantic action comedy is based on the comic book of the same name. It follows Scott, a musician who must battle the seven deadly exes of his newest girlfriend. The film was flashy, stylish and presented itself like a videogame which won the audiences over. It’s incredibly funny as well with a great cast of characters and an amazing soundtrack.

(The above story first appeared on Scoop Buddy on Apr 18, 2021 06:48 PM IST. For more news and updates on politics, world, sports, entertainment and lifestyle, log on to our website scoopbuddy.com).