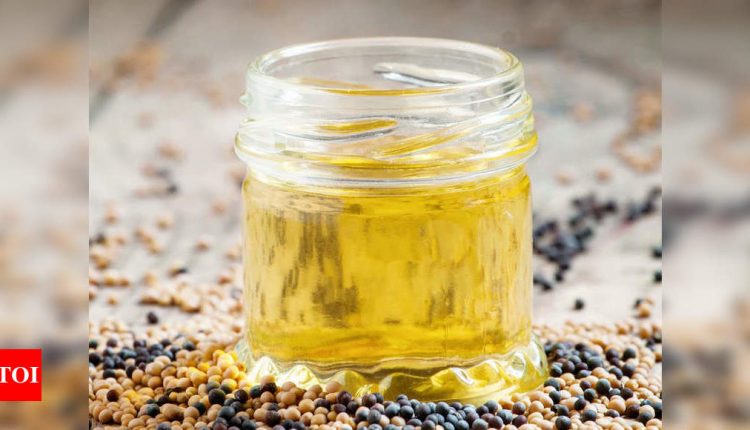 NEW DELHI: A discussion has started within the government whether the agriculture infrastructure and development cess (AIDC) levied on imported crude palm, sunflower and soya oils can be reduced to put some check on the spike in prices of edible oil, which is at an all time high in the past five years.
The provision of AIDC was introduced in the last Budget on a few items to improve agriculture infrastructure. The Centre collects such cess of 17.5 % on imported crude palmolein oil and 20% on sunflower and soybean oils. Sources said this issue came up for discussion at a recently held inter-ministerial meeting. “There are several suggestions which are being discussed. The government will take the necessary decisions keeping everything in mind,” a senior official said.
The domestic edible oil prices have been rising owing to increase in prices of crude edible oil in the market. More than 60% of India’s edible oil demand is met from imports.
The government data show that the modal price (most common price at different centres) of soyabean oil has increased from barely Rs 80 a litre to Rs 158 in the past five years and the maximum increase was in the past one year – from Rs 90 to to Rs 158. It’s similar in the case of sunflower oil. The prices have gone up from Rs 110 a litre to Rs 175 in the last one year.
There are also possibilities of the government fixing stock limits on edible oil and making it mandatory for importers and stockists to declare their stock as it has been done in the case of pulses to tide over the crisis.
The industry experts have suggested that the government should not take the step of fixing stock limits as it can choke the supply chain, but can take some other measures.
B V Mehta, executive director of the Solvent Extractors Association of India said, “The government can make edible oil available to the poor through the public distribution system at a highly subsidized rate as they are the most impacted. Second, the government should do away with the IGST of 5% on edible oil for some time. What we have seen is that if we reduce any duty on import of edible oil, the prices in the international market increases and hence we get little benefit.”
He added the government should freeze the tariff on import of edible oil for sometime considering it has made good earnings so far.