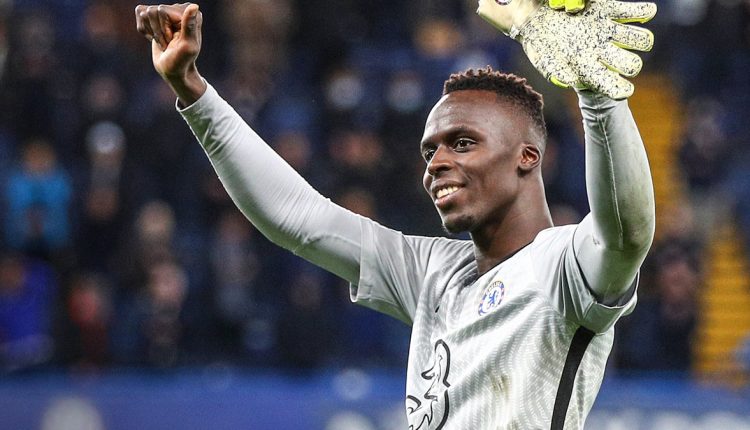 Chelsea have received a huge boost ahead of the season-defining Champions League clash against Manchester City as the Blues could welcome back the first-choice goalkeeper Edouard Mendy. Thomas Tuchel is hopeful that the Senegalese shot-stopper who limped off in the final Premier League game against Aston Villa, will be fit in time for the showpiece event in Portugal next weekend. Chelsea’s Season In Danger Of Falling Apart After FA Cup Final Loss Against Leicester City.

The 29-year-old has been the main man between the sticks for Chelsea this season and was set to start in the nets against Manchester City but his availability for the Champions League final has come under threat after the 29-year-old was withdrawn at half-time due to a rib injury in the loss to Aston Villa over the weekend.

However, Thomas Tuchel provided a positive update on the keeper’s injury in a recent interview but has stated that the 29-year-old hasn’t fully recovered yet. ‘He [Edouard Mendy] made a huge improvement with the management of pain from when the injury happened, which is good but of course we will need a further update on Wednesday. We hope to have him back’ said the German manager.

The Blues boss also hinted that the Senegal international will play against Manchester City if he is available for selection if not Kepa is likely to replace him in the goal. ‘Edou will play if he’s fit, and if he’s not fit on Wednesday, we will try Thursday, and if not then we will try Friday. We will be reasonable and take responsibility for the decision. We have a strong guy with Kepa on the bench who would take his place,’ he said.

Chelsea have faltered in the final few weeks of the season, losing the FA Cup final and just managing to scrape past the Foxes to secure a top four finish despite a defeat on the final day. However, Thomas Tcuhel’s Blues have defeated Pep Guardiola’s Manchester City in their previous two meetings this season and will be aiming to replicate the result.

(The above story first appeared on Scoop Buddy on May 24, 2021 10:00 PM IST. For more news and updates on politics, world, sports, entertainment and lifestyle, log on to our website scoopbuddy.com).