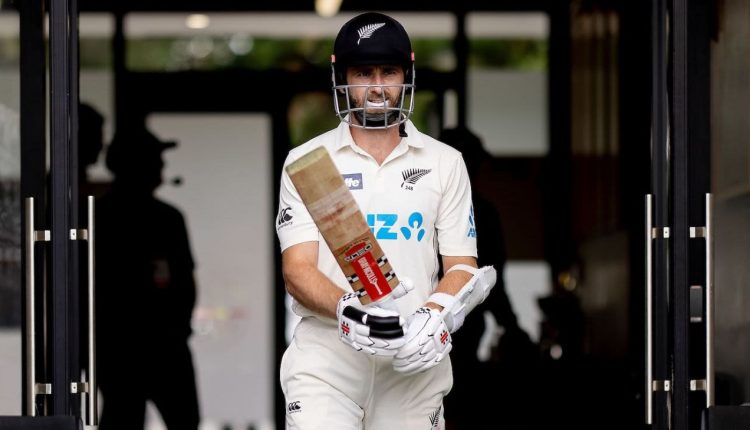 Kane Williamson, New Zealand’s Test captain, says he has resorted to waving to his team-mates from the balcony of his hotel-room at the Ageas Bowl in Southampton, after going into quarantine in the UK following his post-IPL stop-over in the Maldives.

Williamson, who had been captaining Sunrisers Hyderabad in India prior to the tournament’s postponement earlier this month, arrived at the team’s training camp some 24 hours after the bulk of the squad flew in from New Zealand on Sunday, alongside his fellow IPL travellers Kyle Jamieson, Mitchell Santner, team physio Tommy Simsek and trainer Chris Donaldson. The group will spend the next three days in isolation before they can enter “mini training groups” of six, pending negative tests for Covid-19.

And while the circumstances of the squad’s reunion haven’t been ideal, Williamson admitted that the challenge awaiting his team – three Tests in five weeks, two against England, followed by the World Test Championship final, at the Ageas Bowl against India – was more than enough to make the current strictures worthwhile.

“Most of the team is here now,” Williamson said. “We are all pretty much on the same side [of the hotel] so we’re able to catch up a little bit with one another on our different balconies. For a number of guys, it’s their first time in the bubble, while others have done it a few times, so that can be quite helpful.

“But there’s a lot of excitement. Just being over here to play Test cricket is always a fantastic opportunity, but to play that third one, which is the World Test Championship final, is pretty special.

“The first step is getting out of the bubble, and after that we’re looking forward to starting our preparation, in terms of adjustment to conditions and catching up with the guys. It’s always exciting when there has been a period of time away from the team, and I look forward to that.”

Williamson described the events of the preceding fortnight as “a bit of a whirlwind”, adding that the situation developing in India was “heartbreaking”. But from a New Zealand perspective, one of the few countries where Covid-19 is under near total control, he admitted that the image posted on Instagram by his Sunrisers team-mate David Warner, showing the players in full personal protection gear while boarding an internal flight, had revealed to his fellow countrymen quite how serious the situation had got.

“I had some messages from friends and family,” he said. “It’s been pretty well documented that Covid, certainly at the moment but even beforehand, was in a far different place compared to back home. That’s the reality of it, when you are in countries where it’s so much more serious. You just try to go about what you’re doing as safely as possible.”

Williamson sustained a small tear to the tendon of his left elbow earlier this year, an injury that caused him to miss Sunrisers’ first three IPL fixtures, but with Simsek as one of his travelling partners, he has been getting regular treatment on the injury and is confident of full fitness ahead of the Lord’s Test in just over a fortnight’s time.

“It’s improving, which is the main thing,” he said. “The people that know more about it than I do say that it is a slow process, and certainly slow to go away entirely, but just managing it will be the focus.

“My last hit was maybe about 12 days ago, a wee while before our last match,” he added. “And then everything changed really quickly, and hitting balls became secondary, obviously. In an ideal world you’re wanting to train a little bit more, but we’ve got about 12 days of preparation before our first Test so there’ll be a lot of excitement when we start adjusting to the conditions and the ball, etc.”

England named their squad for the two Tests on Tuesday, and while it will be missing some big names, including all of those who had been due to be playing in the IPL this season, Williamson said he had no qualms about England’s selectors choosing to rotate their options.

“They’ve got a lot of Test cricket coming up, starting with us, then India and Australia for a five-Test series,” he said. “We try to do the same when we know there’s a huge volume of cricket, you need to manage as best you can.

“They have a huge amount of depth, there are a lot of world-class players in that squad,” he added. “That’s a credit to the cricket that is being played here in the UK, and the amount of talented players that are getting opportunities and putting their hands up. We know we’re going to be up against a really tough challenge come the first Test.”

And in English conditions, few challenges are tougher than withstanding England’s veteran pairing of Stuart Broad and James Anderson, who first played a Test together at Wellington in 2007-08, and are still going strong with more than 1100 wickets between them.

“They are legends of the game, still playing and doing as well as they ever have done,” Williamson said. “They know these conditions better than anyone. They’ve had incredible careers that are still going and they are still at the heights of their games.”