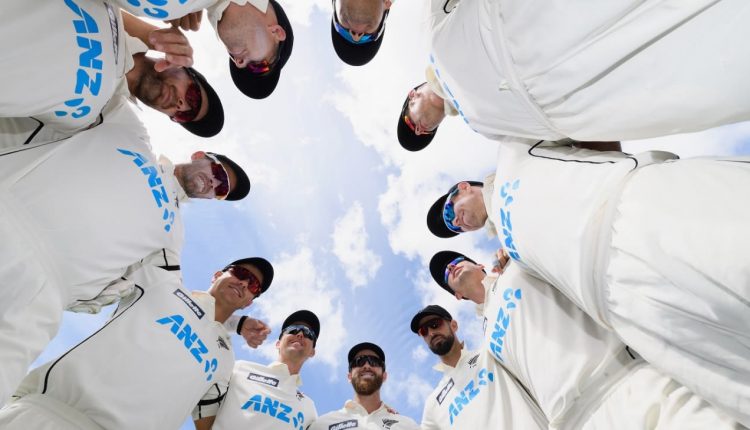 The majority of the New Zealand Test contingent landed in London on Sunday after flying from Auckland via Singapore, for their tour of two Tests against the hosts and the World Test Championship final against India next month. The players and support staff were transferred from the London airport to the Ageas Bowl in Southampton, their base for the first two weeks of the tour.

An NZC release stated the squad is “adhering to strict health protocols”, starting with pre-departure vaccinations and Covid-19 tests, in the wake of the pandemic.

“While in England, they will operate in a ‘controlled team environment’ to limit outside contact and risk of transmission,” the release said. “All tour members will complete a daily self-reported health screening as well as undergoing regular covid testing.”

All contingent members will spend the first three days in hotel room isolation before “mini training groups” of six can be formed from days four to six, pending negative Covid-test results.

A few players and support staff members who participated in the truncated IPL in India had earlier flown to the Maldives and will arrive in the UK on Monday, local time. This group includes captain Kane Williamson, Kyle Jamieson, Mitchell Santner, team physio Tommy Simsek and trainer Chris Donaldson.

Batter Will Young, who scored back-to-back centuries for Durham in his month-long County Championship stint recently, will also join the squad on Monday and undergo isolation at the Ageas Bowl before he can start training with his team-mates.

The squad members are scheduled to play a three-day intra-squad game from May 26 to 28 at the Ageas Bowl, where six local bowlers have also isolated in advance to help make up the sides.

Fast bowler Trent Boult is still in New Zealand and will fly to Mount Maunganui to see his family before “a plan is made around his departure to the UK”. He could miss both the Tests against England but will be available for the WTC final.

The Test series against England will begin on June 2 at Lord’s followed by the second game starting June 10 at Edgbaston. New Zealand will then take on India in the WTC final from June 18 in Southampton.

RBI not in favour of fresh insolvency freeze