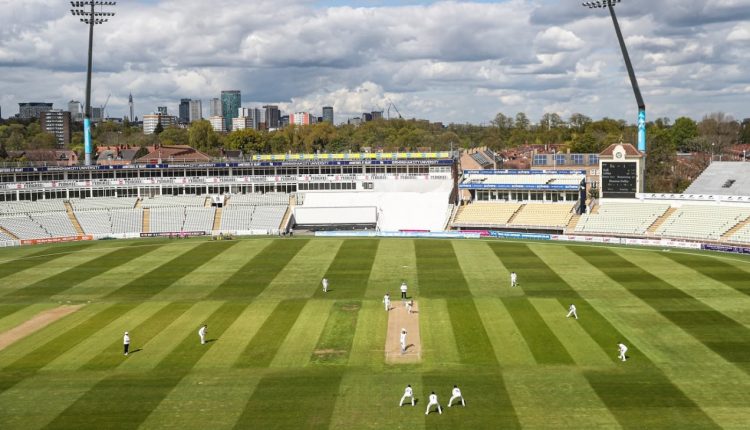 Around 18,000 spectators will be able to attend each of the first three days of the Edgbaston Test between England and New Zealand after the match was deemed a pilot event by the UK government.

It was feared that the Test, which starts on June 10, would see spectator numbers limited to 25% of ground capacity because of Covid-19 restrictions. But, in what may feel like a major step towards a return to normal, Warwickshire announced on Wednesday that 70% capacity will be admitted.

Spectators will be contacted imminently and asked to sign a consent form and take a lateral flow test. It is understood that they only need to wear masks when moving around inside the ground.

The first three days of the match have effectively been sold out for many weeks. Tickets for day four will go back on sale. Around 10,000 have been sold at present.

ESPNcricinfo revealed in April that Warwickshire, with the backing of council leaders and the local mayor, had written to the government requesting that the game be utilised as a “validation event”. At the time, though, the club hardly dared hope for more than 50% attendances.

Although there is relatively little financial upside to the news – Warwickshire were insured for lost revenue and are going to need to spend heavily to ensure the correct protocols are followed – it will come as a significant morale boost for players and spectators, and for a region that has suffered financially in recent months.

With England having played their entire 2020 home summer behind closed doors, the game will be the first home match since 2019 that England have played in front of something approaching normal conditions.

“This is great news,” Becky Fairlie-Clarke, of the Cricket Supporters’ Association, told ESPNcricinfo. “People have been through a lot over the last year and more. The chance to return to cricket with friends and family will feel like a giant step back towards normality. It really does give us a hope that we are getting through this. I think the entire game will feel like a celebration.”

There will be no such boost for Lord’s. The first Test of the series, which starts there on June 2, will be played in front of crowds of 25% capacity, or about 7,500 a day.

Although timing is one issue, Warwickshire’s ability to demonstrate the closeness of their relationship with local government and provide details of their willingness to work together across the travel and hospitality sectors to make the event work are also understood to be relevant. As such, the news is something of a triumph for the club’s new chief executive, Stuart Cain, and the city’s mayor, Andy Street.

The decision to allow larger crowds at Edgbaston follows successful trials at a range of other events. There were around 20,000 spectators at the FA Cup final and around 1000 at the World Snooker Championship final – which was an indoor event – and many more at various gigs and concerts adding up to a total of 58,000. In all, the government reported 15 positive Covid-19 cases from those involved.

May 26, 0930 BST – This story was updated following confirmation from Warwickshire

OnePlus Nord2 mentioned on the official website, likely to launch before September end