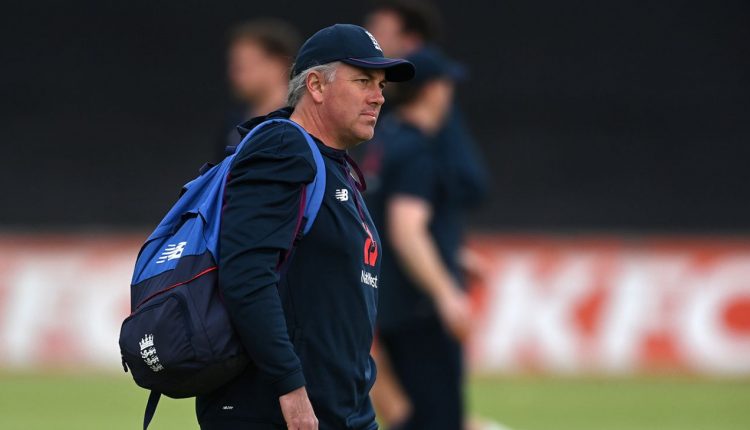 Chris Silverwood will miss the ODI series against Sri Lanka and Pakistan as part of England’s rest-and-rotation policy.

Silverwood, the England coach, was one of few ever-presents on England’s tours of Sri Lanka and India and accepts he will find it hard to switch off. But he also acknowledged the need for fallow periods amid England’s relentlessly busy schedule and said that without such breaks, he “won’t be providing the level of service” players deserve.

England’s assistant coaches, Paul Collingwood and Graham Thorpe, will each take charge of an ODI series in his absence.

“It is important we keep our personnel as fresh as possible,” Silverwood said. “It’s not fair on the players if I am operating at less than 100 percent and it is not fair on myself either. I won’t be providing the level of service that I need.

The fact that Silverwood will be available for all England’s Tests and T20Is might be interpreted, by some, as a reflection of the diminishing importance of ODI cricket. But it is more to do with where we are in the current international cycle, with two T20 World Cups scheduled within the next 18 months and the next 50-over World Cup not until 2023.

“I’m not going to deny it: it’s not easy for me to switch off,” Silverwood said. “I am wholly on-board with what we are doing. I am very embedded in it now. I do find it hard to switch off but I’ll do my best.

“I’ll be passing the reins on for the ODI series. Thorpey will do one and Colly will do the other and I’ll use it as my break to refresh and get ready for what is ahead of us.

“My missus has already booked us a little getaway up in Norfolk somewhere. I have got to do that otherwise I won’t switch off.”

Whatever Silverwood’s reservations about the break, he is confident in his deputies, acknowledging that both had “a lot more” experience of playing international cricket than him.

“I said right from the start I was going to step back at times and promote them forward to give them leadership opportunities,” Silverwood said. “This is a great opportunity for us to do that.

“I think it will be a great experience for them. I wouldn’t do it if I didn’t trust them 100 percent. If you look at the wealth of experience that the two of them have, it’s a massive bonus for me to have them next to me wherever we go.

“They have had success all round the world. As players, they played a lot more international cricket than me so you surround yourself with the things that maybe you don’t have and build a team that way. They’re a huge asset to us.”

England are expected to name their Test squad for the series against New Zealand on Tuesday. Ashley Giles, the managing director of England men’s cricket, has previously suggested England will use the series as an opportunity to “look at some new faces”, with Ollie Robinson, Craig Overton and James Bracey among those expected to feature.