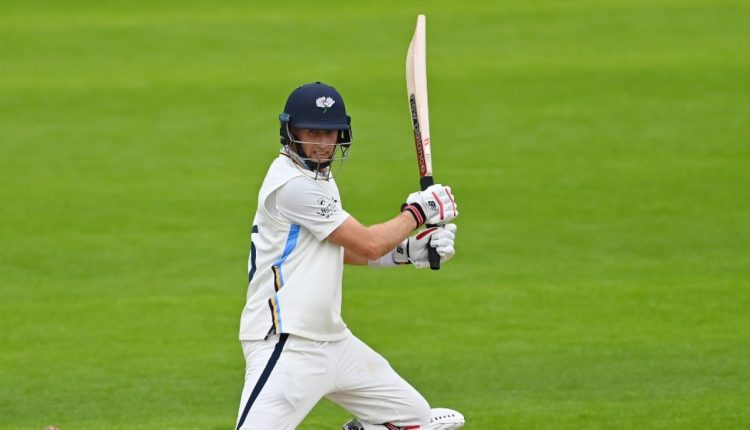 England’s challenge in 2021 is to peak for Australia ‘pinnacle’, says Joe Root

Joe Root says that the challenge of taking on New Zealand, the world’s No.1-ranked Test team, followed by five home Tests against India and an away Ashes campaign, makes 2021 the sort of year that “you play the game for”.

However, Root also admitted that England’s new-look selection panel – now led by the head coach Chris Silverwood – faces a tricky balancing act to ensure the entire squad is fit and firing ahead of the Australia tour, which he conceded was the year’s “pinnacle”.

The squad for England’s first Test of the summer, against New Zealand at Lord’s, is expected to be announced on Tuesday, and may provide an opportunity for some of England’s uncapped squad members – notably Gloucestershire’s James Bracey and Sussex’s Ollie Robinson – to test their mettle on the big stage after long periods on the sidelines during the team’s recent bio-secure campaigns.

However, Root admitted the importance of striking the right balance between opportunities for fringe candidates and sufficient game-time for the first-choice players, especially given the continued uncertainty about how long the Covid-safe environments will have to be kept in place.

“It’s very difficult at the minute, the circumstances make it very tricky,” Root told Sky Sports during Yorkshire’s ongoing County Championship clash with Glamorgan in Cardiff. “You’ve got to factor in so many different things and the welfare of the players is obviously paramount.

The New Zealand series will be an early test of the ECB’s new selection arrangements. Ed Smith’s removal as national selector last month means that Silverwood holds an unprecedented influence within the England camp, but Root believes his new role will add clarity to the process, given the bond that already exists between captain and coach.

“More than anything, it just means that that relationship between the two of us has to be as strong as ever,” he said. “We get on very well and we’ve got a good understanding of each other. We know what we want, and so hopefully, that process becomes a little bit easier.

“It’s always a tricky balance,” he said of the prospect of blooding some new faces against New Zealand. “What you’re trying to do is create that environment where you’ve got a strong squad of players that have been together for a good period of time, but no-one going in cold.

“You can’t plan everything perfectly, especially at the minute with Covid. There might be natural opportunities where things arise, there might not be, but the most important thing is that we remain very open-minded about how we want to move going forward.

“We’ve got some really important cricket coming up. And we’ve got to prioritise that. So when we sit down, we’ll factor in everything as best we can, and make sure that we’ve got a real clear idea of how we want to go, how we want the year to look, and how we’re going to peak for that tour of Australia.”

England overtook Australia as the No.3-ranked Test team this week, behind New Zealand and India, who face off in next month’s World Test Championship final at the Ageas Bowl, and after impressing for the first half of their recent tour of Sri Lanka and India, Root is confident their Test plans are on track.

“We’ve made good strides over the last couple of years as a Test team,” he said. “It’s not been plain sailing, we’ve not had it all our own way, but we still improved.

“I truly believe we are making good strides in the right direction, and now we’ve got an opportunity to keep improving, keep getting better and peak for Australia, which is the pinnacle for us.”

SInce returning from India, Root has been a fixture in Yorkshire’s County Championship line-up. Although he’s made just the one hundred in four completed fixtures, against Kent at Canterbury last month, he is comfortable with where his game is at, not least after surviving a torrid examination from Glamorgan’s seamers in Cardiff, to reach 34 not out overnight in the ongoing fixture.

“I felt pretty good yesterday,” he said. “I was moving quite nicely. I’ve been working on trying to play the ball a little bit later and felt I was lining it up quite straight.

“Rhythm has been a big part of my batting for a few years now,” he added. “More than anything that’s what you’re trying to find when you practice, to make sure that I feel in control of all the shots I want to play, and playing the ball nice and close to me. It’s a nice place to be, but it doesn’t guarantee you anything when you start again this morning.”

On a personal note, Root was privy to a moment of family pride on Friday, when his brother Billy was presented with his county cap by Glamorgan before the start of play.

“It was a brilliant moment,” he said. “It’s nice to be able to walk past that special moment for him and for the club. I’m really proud of what he’s achieved here at Glamorgan and hopefully he can continue moving forward.”

Billy Root enjoyed a moment of one-upmanship at Headingley in their last encounter, when he brought up his hundred off his brother’s bowling. But asked if there was any sledging between the brothers, Root senior replied: “He tries, but he’s not brave enough to properly go hard at me. Let’s see what today brings.”

Patent waiver: India, US seek to rope in others

Call of Duty: Mobile to get Rambo and Die Hard’s John MacClain next week