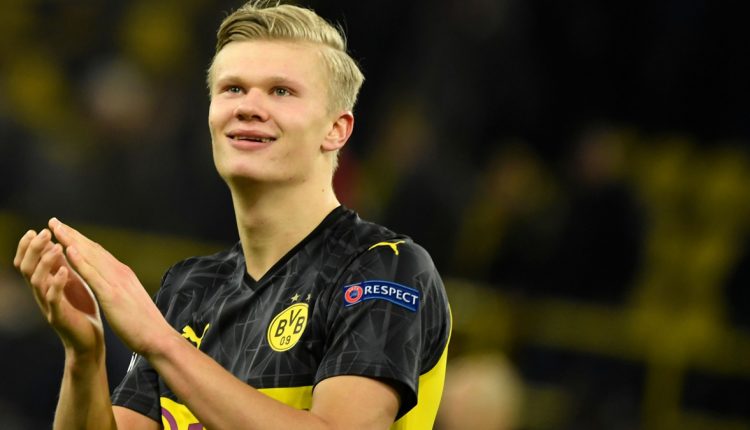 Erling Haaland is up for grabs like hotcakes. The Norwegian has been approached by many clubs including Real Madrid and Barcelona. However, he has been advised to stay put in Borussia Dortmund for now.  This comes from none other than the Barcelona goalkeeper Marc-Andre ter Stegen. The Barcelona goalkeeper during an interview said that Haaland would be a fit for any team but he should stay with Borussia Dortmund for another year. “Haaland would make any team in the world better,” he told SPORT1. “But why not to stay in Dortmund for another year? Dortmund are a very well-managed club. It would not be a step backwards at all,” he further opined. Erling Haaland Transfer News: Real Madrid Make Borussia Dortmund Striker Their Top Priority.

Haaland was in the news when his father Alf-Inge along with Mino Raiola had flown to Barcelona and met their President Joan Laporta and then headed to Madrid. Needless to that both clubs are quite interested in having Haaland on board. In fact it is reported that Real Madrid has prioritised Haaland’s signing and they are willing to pay the price required to have him on board.  However, the club’s CEO Hans-Joachim Watzke also had said that Haaland will not go anywhere and will stay at Borussia Dortmund.

Watzke explained that he has known Raiola for a long time and geta along with him quite well. “It’s no problem for us. Erling Haaland will remain a Borussia Dortmund player next year,” he further explained. Haaland has scored 25 goals from 26 games for the team.

(The above story first appeared on Scoop Buddy on May 06, 2021 06:46 PM IST. For more news and updates on politics, world, sports, entertainment and lifestyle, log on to our website scoopbuddy.com).

India’s EV wave is the future but Biofuels are changing the game now!, Auto News,…