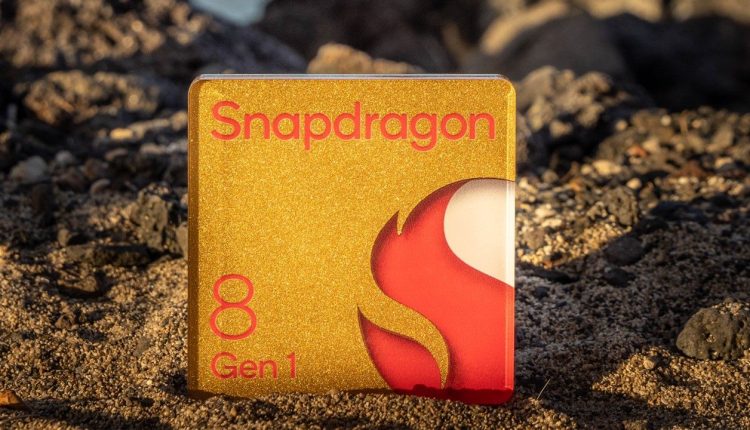 Here are all the phones confirmed to launch powered by the Snapdragon 8 Gen1 chipset.

Motorola is gearing to launch the Moto Edge X30 in China on December 9 and it is confirmed to be powered by the new Snapdragon 8 Gen1 chip. The Edge X30 could be limited to China only and may get launched as the Edge 30 Ultra globally shortly afterwards.

The Moto Edge X30 is expected to feature a 6.67-inch AMOLED display with support for upto 144Hz refresh rate. It is rumoured to be powered by a 5,000mAh battery that will likely support fast charging. As for the cameras, the Edge X30 is said to have three cameras on the back headlined by a 50MP main camera, 50MP ultra-wide camera and a 2MP depth sensor. We’ll advise our readers to take these specs with a pinch of salt and more details will be confirmed next week.

Take a sneak peek of the most potent @Snapdragon 8 Gen 1 chipset that will power our upcoming #Xiaomi12Series! #InnovationForEveryone pic.twitter.com/YrNqM8beMN
— Xiaomi (@Xiaomi) December 1, 2021

Xiaomi was the first phone-maker to launch the Mi 11 powered by the Snapdragon 888 last year. With the launch of the Snapdragon 8 Gen1 chip, Xiaomi has yet again reiterated that it plans to launch the Xiaomi 12 very soon. Though a specific launch date has not been revealed, Xiaomi has posted a tweet stating that the Xiaomi 12 has now entered mass production so we can expect it to launch by the end of this month.

Realme has also confirmed the launch of its flagship Realme GT 2 Pro that is powered by the Snapdragon 8 Gen1 SoC. Although the company has not revealed the exact date of the launch, the VP of Realme Madhav Sheth has confirmed that their flagship phone is launching in December.

It’s official! #realmeGT2Pro, our first and most premium flagship will pack #Snapdragon8Gen1.
Along with the best chip, what else do you think makes a true premium flagship smartphone? #realmeGT2series pic.twitter.com/oFcDGkeVfr
— realme (@realmeglobal) December 1, 2021

As per the latest leaks, Realme GT 2 Pro has received over one million points in AnTuTu benchmarks. It is expected to feature a 6.51-inch AMOLED display with support for a 120Hz refresh rate, upto 12GB RAM and 512GB storage. The GT 2 Pro could have a 50MP primary camera with OIS and a 32MP selfie camera.

Apple iOS 15.3 and iPadOS 15.3 address a number of security vulnerabilities