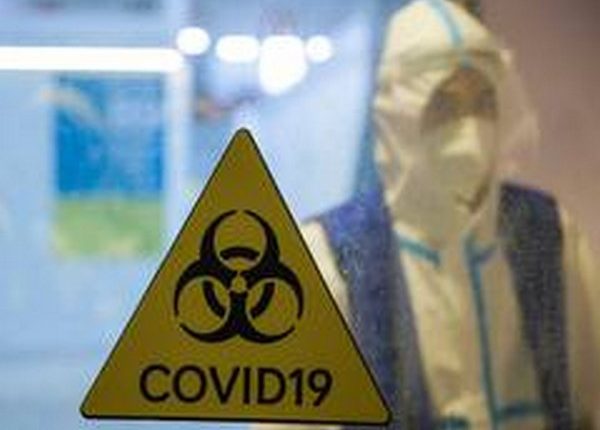 Washington, May 25: The former head of the US Food and Drug Administration (FDA) on Monday said that circumstantial evidence of COVID-19 originating in a lab in China’s Wuhan continues to grow as researchers are yet to prove that the virus jumped from an animal to humans, The Hill reported.

Gottlieb also said the intermediate host of the virus has not been found, which was in contrast with MERS and SARS, where the intermediate host was located. He noted that it is unlikely the world will ever know for sure whether COVID-19 escaped from the lab unless there’s a whistleblower or regime change in China, The Hill reported. COVID-19 Cannot Be Beaten One Country At A Time, Says UN Secretary General Antonio Guterres.

“The US government has reason to believe that several researchers inside the WIV became sick in autumn 2019, before the first identified case of the outbreak, with symptoms consistent with both COVID-19 and common seasonal illnesses,” the report read, fueling debate of the lab leak theory.

The revelations come amid growing calls for a fuller probe on whether the COVID-19 virus may have escaped from the Chinese laboratory. It also comes on the eve of a meeting of the World Health Organization’s (WHO) decision-making body, which is expected to discuss the next phase of investigation into the origin of COVID-19.

Earlier this year, the WHO report determined that the possibility the virus came from a lab was “extremely unlikely,” noting there was “no record” any lab had closely related viruses. The probe was criticised by the US, UK, and other governments over its limited access to “complete, original data and samples.”

The organization was also accused of being overly deferential to China throughout the course of the study, which was co-authored by 17 Chinese scientists — several of them from state-run institutions.

China refused to give raw data on early COVID-19 cases to the WHO-led team probing the origins of the pandemic. Beijing has been accused of delaying access to international investigators for months after the initial outbreak, virtually guaranteeing that the lab had been deep-cleaned before any forensic analysis could be done.

Recently, Anthony Fauci, a top adviser to US President Joe Biden on the coronavirus pandemic said he’s “not convinced” the deadly virus developed naturally and has called for further investigations into where it emerged. COVID-19 Vaccination in US: 25 American States Fully Vaccinate Over 50% Adults Against Coronavirus.

“No actually. I am not convinced about that. I think we should continue to investigate what went on in China until we continue to find out to the best of our ability what happened,” Fauci, the director of the National Institute of Allergies and Infectious Diseases said in a Poynter event.

The controversy about COVID-19 origins has resurfaced after the Weekend Australian newspaper revealed that Chinese scientists were thinking about bioweapons, visualising a World War-III scenario.

Carl Pei’s Twitter hacked by scammers, tried to get people to buy ‘Nothing Coin’ with ETH