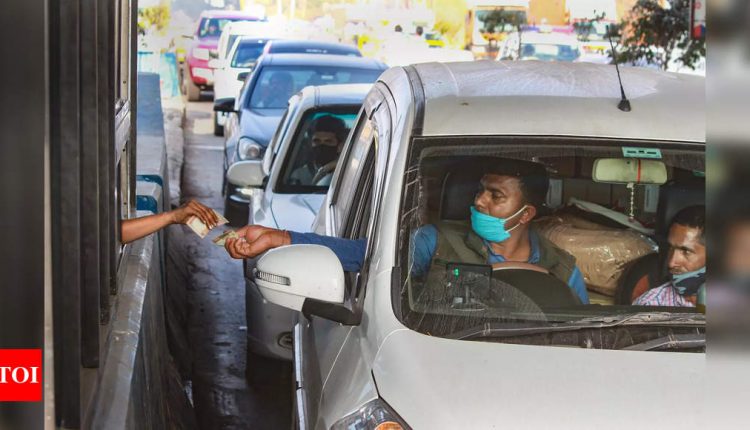 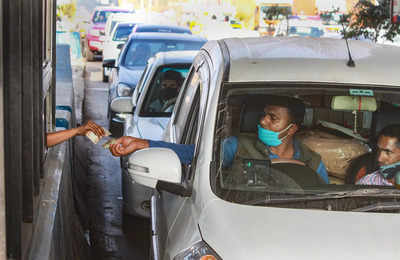 NEW DELHI: The IHMCL, an entity under the National Highways Authority of India (NHAI), has issued 9,826 free FASTags to exempted category of vehicles and nearly half of these (4,903) are for vehicles transporting paramilitary, police and state and central armed forces.
These tags, technically known as ‘zero transaction’ tags, are issued to the vehicles which fall under the exempted categories. Till Wednesday, 1,126 such tags had been issued to sitting MPs.
As per the law, each MP is entitled to get two such tags – one for the official vehicle in Delhi and another deployed at their constituency – 354 tags have been issued for vehicles that accompany for PM’s security and 1,694 tags have been issued for vehicles specially designed for physically challenged persons or the ones registered under ‘divyangjan’ category.
The list of such categories includes the vehicles transporting dignitaries falling under the exempt categories and government security vehicles accompanying them, vehicles attached to MPs, judges of Supreme Court and high courts, Governors, Speakers, MLAs, defence persons decorated with top awards, magistrates, ambulances and fire brigades.
The government had introduced these tags to end the menace of thousands of commuters who evaded paying toll claiming to be falling under the exempted category. This is also aimed at keeping record of free transactions across the entire NH network. The IHMCL issues such tags to owners of the eligible vehicles after a request is raised. The free FASTags are linked to the office of the exempted category person and not to persons as such.
According to official information, till Wednesday 48 such tags were issued to the vehicles and accompanying security vehicles of the President of India, 16 to Governors of states, 37 to CMs of states, 36 to judges of the Supreme Court, six to HC chief justices and 327 to judges of HCs. The data show 129 tags have been issued to MLAs and MLCs, 164 to awardees of Param Vir Chakra, Ashok Chakra, Maha Vir Chkra, Krti Chaktra, Vir Chakra and Shaurya Chakra.
The list mentions that 587 such FASTags have been issued to the defence ministry vehicles which includes the ones eligible as per the Indian Toll (Army and Air Force) Act.

Honda joins Covid-19 battle in India with Rs-6.5-crore worth aid

Effectiveness of vaccines against Omicron uncertain as calls for booster dose…