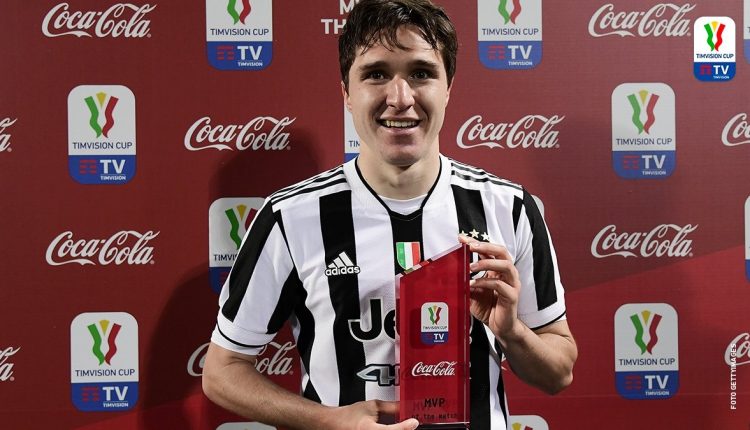 Federico Chiesa and Dejan Kulusevski gave a perfect send-off for Gianluigi Buffon as he was donning the Juventus colours for the last time against Atalanta. Chiesa and Kulusevski were the ones who scored goals for the team and led the team to a 2-1 win. The team thus won the Coppa Italia 2020-21 title. Talking about the game it was Dejan Kulusevski was the one who scored a goal at the 31st minute of the match and Ruslan Malinovskiy netted an equaliser 10 minutes later. Federico Chiesa Leads Juventus to Win Coppa Italia 2020-21 Title, Bianconeri Beat Atalanta 2-1.

A few chances were missed by Juventus and at half-time, we had the scoreboard reading 1-1. But at the 73rd minute, Chiesa was the one, who gave the lead to the team with a stunning goal. The Juventus forward was quite quick-footed and scored an amazing goal at the 73rd minute of the match. Here’s the video of the goal by the Chiesa below:

Here’s the first goal by Kulusevski:

Weston McKennie sets up Dejan Kulusevski’s opening goal in the Coppa Italia final. Nice assist from the #USMNT midfielder and excellent finish to give Juventus the early 1-0 lead.

Needless to say that the Juventus social media was full of pictures of celebrations. Talking about the game, the hosts Atalanta dominated the possession for 58 per cent of the time and the rest was held by Juventus. The Bianconeri had the 14 shots and six of them ended up being on target. The team had made 401 passes and Atalanta had 536 passes in the match. But in the end, Juventus had the last laugh as they went on to win the title.

(The above story first appeared on Scoop Buddy on May 20, 2021 09:25 AM IST. For more news and updates on politics, world, sports, entertainment and lifestyle, log on to our website scoopbuddy.com).