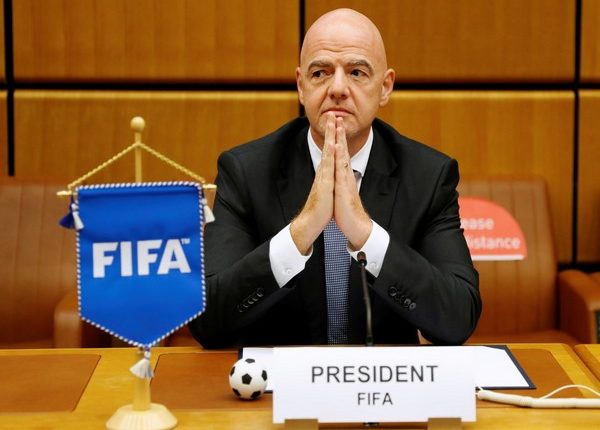 Montreux, April 20: FIFA President Gianni Infantino “strongly disapproved” the formation of the European Super League and has alerted the 12 teams involved in the showpiece event to be ready for “consequences”.

His comments come after a group of 12 European clubs on Monday confirmed their plans to launch a new European Super League. Among these 12, six belong to the Premier League — Manchester United, Manchester City, Liverpool, Arsenal, Tottenham Hotspur, and Chelsea.

“At FIFA, we can only strongly disapprove the creation of a Super League which is a closed shop, which is a breakaway from the current institutions, from the leagues, from the associations, from UEFA, and from FIFA,” goal.com quoted Infantino as saying at the UEFA Congress. Infantino said the game of football might lose a lot in a bid for “short-term financial gain” for some people. FIFA President Gianni Infantino Condemns Formation of European Super League, Extends Support To UEFA.

“There is a lot to throw away for maybe a short-term financial gain of some. People need to think very carefully. They need to reflect and they need to assume responsibility,” said the FIFA President.

“If some elect to go their own way, then they must live with the consequences of their choice. They are responsible for their choice. Concretely, this means either you are in or you are out. You cannot be half in or half out,” he added.

The European Super League has been met with severe backlash ever since reports started doing rounds in the media. Despite this fact, the 12 clubs have now confirmed the formation and format for the new competition. On Monday, FIFA had expressed its disapproval for the proposed league.

“In view of several media requests and as already stated several times, FIFA wishes to clarify that it stands firm in favour of solidarity in football and an equitable redistribution model which can help develop football as a sport, particularly at global level, since the development of global football is the primary mission of FIFA,” FIFA had said in an official statement. UEFA Says Player, Club Participating in Super League Will Be Ban From UEFA and FIFA Football Tournaments.

“Moreover, the governing bodies of football should employ all lawful, sporting and diplomatic means to ensure this remains the case. Against this background, FIFA can only express its disapproval to a “closed European breakaway league” outside of the international football structures and not respecting the aforementioned principles,” it had added.