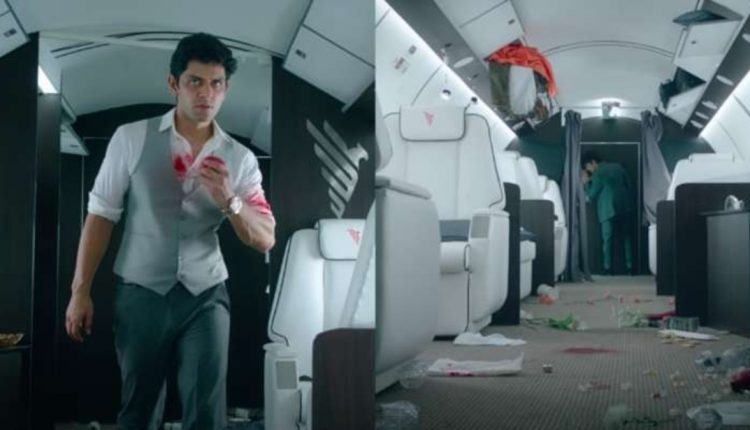 Flight: Mohit Chadda’s Action-Thriller Is One of the Highest Rated Indian Movies of 2021 on IMDb; Check Out Other Films With Great Scores Too!

In times, when Indian filmmakers were not risking to release their films in theatres, director Suraj Joshi took the plunge and released Flight on the big screens on April 2, 2021. A visual extravaganza, the nail-biting film starring debutante Mohit Chadda will leave you intrigued with its never seen before storyline. Also, during the time of its release, Flight had garnered positive reviews from critics and audiences alike. Now, the flick has achieved one more feat. as it has been crowned as one of the Highest Rated Indian Movies of 2021 on IMDb. Yus, you read that right! Flight Movie Review: Mohit Chadda’s Survival Thriller is, At Its Best, A One-Time Watch! (Scoop Buddy Exclusive).

Amid the mini-lockdown in a few states, if you are looking out for a movie that will entertain you to the core, IMDb’s highest-rated Flight should be on your must-watch list. The film revolves around the story of famous businessman Ranveer Malhotra (Mohit Chadda) who boards a flight to Dubai and later realises that the plane is empty and has no pilot either. The premise of the flick is all about how he fights all odds and unmasks the truth behind a tragic incident from the past. Suraj Joshi’s Directorial Debut, Mohit Chadda Starrer Flight, Receives Amazing Reviews from the Audiences and Critics.

Here’s The IMDb Rating of Flight:

The best part about the film is that it is entertaining as well as thrilling. The moment you think, you know what’s going to happen next, the plot will surprise you and how. Not just this, the movie also is also first-class when it comes to the action sequences, striking VFX, and funny one-liners. The filmmaker has done a brilliant job indeed. Flight: 5 Reasons Why You Should Check Out Mohit Chadda’s Film.

(The above story first appeared on Scoop Buddy on Jun 12, 2021 02:54 PM IST. For more news and updates on politics, world, sports, entertainment and lifestyle, log on to our website scoopbuddy.com).