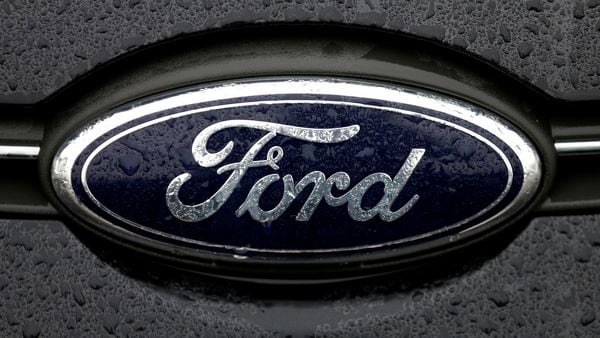 Ford under pressure to provide path to an all-electric future

Riding a rising stock price, a splashy new model intro and a friendly presidential visit, new Ford Motor Co. Chief Executive Officer Jim Farley faces his biggest test yet: Explaining his strategy for making the 118-year-old automaker relevant in the electric age. Farley on Wednesday convenes the company’s long-awaited Capital Markets Day, where investors and analysts hope he details a vision for embracing an all-electric future that rivals the audacious goal that General Motors Co. CEO Mary Barra set out. She pledged to ditch the internal combustion engines by the middle of the next decade.

The stakes could not be higher. Consultant KPMG recently predicted that one or two of the world’s top automakers will fail to navigate the transition to electric vehicles and cease to exist. Ford has an image as an EV laggard, trailing GM and Tesla Inc. Farley understands this is a put-up or shut-up moment.

“It’s a big deal,” he told reporters May 19 at the introduction of the electric F-150 Lightning pickup. “It’s my management team’s coming out party.” And they’d better come out swinging because expectations are as high as Ford’s stock price, which has nearly doubled since Farley took over as CEO Oct. 1. He’s already doubled Ford’s spending on battery-powered cars to $22 billion, but he’s only shown three all-electric models so far, while GM has said it plans to field 30 EVs by 2025 and spend $27 billion.

“How long does it take to effect change?” Dan Levy, an analyst with Credit Suisse, wrote in a May 24 investor note on the meeting the company is calling Delivering Ford+. “We might see Ford provide firmer timing on transition to 100%” electric vehicles.

That transition is tricky for Ford, which now depends on selling nearly 900,000 gasoline-fueled F-Series trucks to haul in most of its annual profit. “The F-150 is their Golden Goose. They have to protect that franchise,” Joseph Spak, an analyst for RBC Capital Markets, wrote in a May 24 note. “It’s imperative for Ford to gain that beach head in electric pickups now to maintain their dominance.”

Farley set the table for his EV pitch with the debut of the F-150 Lightning, announcing a deal to jointly build batteries in the U.S. with South Korea’s SK Innovation Co. and by revealing plans for an electric research lab. He also teased the possibility of an electric-only future during Ford’s annual shareholders meeting.

“We’re going to explain more about our electrification plan” on May 26, Farley said at the May 13 shareholders meeting when asked what actions he’s taking to drive up the stock price. “We think this will add a ton of value to the company because of the transition we’re making to a sustainable future.”

But Wall Street also wants to know how Ford will wean itself off the petrol profits produced by its trucks and sport-utility vehicles like the Bronco. A looming “blind spot” for investors has less to do with legacy automakers ability to sell EVs than it does with their ability to wind down output of gasoline-powered vehicles, Adam Jonas, an analyst with Morgan Stanley, wrote in a May 20 investor note.

Indeed, while Farley is expected to reveal a bold EV strategy, he also must explain how he is going to reach the company’s long-time goal of an 8% annual profit margin, before interest and taxes. That has been made even harder by the global semiconductor shortage that is cutting Ford’s production in half this quarter and costing it $2.5 billion in 2021 earnings.

Wall Street “just wants a lot of detail,” David Whiston, an analyst with Morningstar Inc., said in an interview. “How do you really turn around South America and Europe? And how do you catch Tesla, or at least try to catch Tesla?”

Sebi to empanel auditors for forensic audits of listed companies