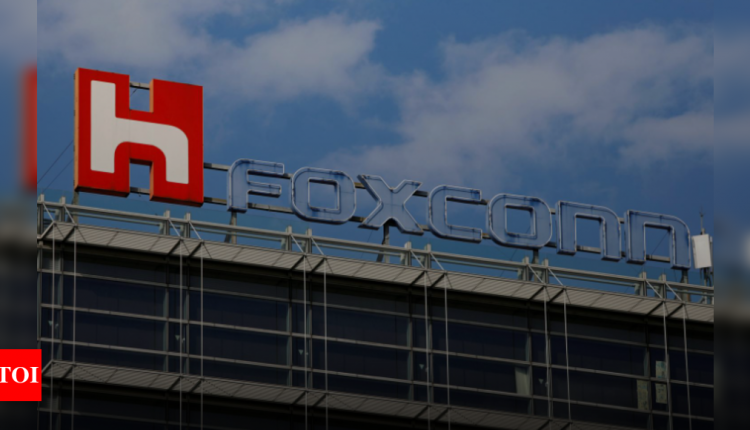 WASHINGTON: Taiwanese contract electronics manufacturer Foxconn will dramatically scale back its planned investment in an initially planned $10 billion Wisconsin plant, under an agreement announced with the state on Tuesday.
The investment was first announced to great fanfare at the White House in July 2017, when Donald Trump was president.
Wisconsin will reduce its tax credits authorized for the project from $2.85 billion to $80 million as Foxconn reduces its planned investment from $10 billion to $672 million and cuts the number of jobs planned from 13,000 to 1,454, Wisconsin Governor Tony Evers said in a statement.
The 20-million-square-foot campus marked the largest investment in US history for a brand new location by a foreign-based company when it was announced. It was praised by Trump as proof of his ability to revive American manufacturing.
Foxconn, formally called Hon Hai Precision Industry Co Ltd, said the agreement gives it “flexibility to pursue business opportunities in response to changing global market conditions.” The company said “original projections used during negotiations in 2017 have at this time changed due to unanticipated market fluctuations.”
Foxconn initially planned to manufacture advanced large-screen displays for TVs and other consumer and professional products at the facility, which is under construction.
It later said it would build smaller Generation 6 LCD screens instead, and Trump stopped discussing the Foxconn investment on trips to Wisconsin.
Foxconn said on Tuesday it plans to make Wisconsin “one of the — if not the — largest manufacturer of data infrastructure hardware in the United States.” The company did not immediately respond to a Reuters request seeking more details on what it will build.
Evers said the new agreement negotiated between the Wisconsin Economic Development Corporation and Foxconn will save Wisconsin taxpayers “a total of $2.77 billion compared to the previous contract, maintain accountability measures requiring job creation to receive incentives, and protect hundreds of millions of dollars in local and state infrastructure investments made in support of the project.”
Evers said Foxconn is eligible to receive up to $80 million in performance-based tax credits over six years if it meets employment and capital investment targets.
The original Wisconsin package also included local tax incentives and road and highway investments by state and local governments, which brought total taxpayer-funded subsidies to more than $4 billion.
Foxconn noted that since 2017, it has invested $900 million in Wisconsin, including several different facilities in the state.