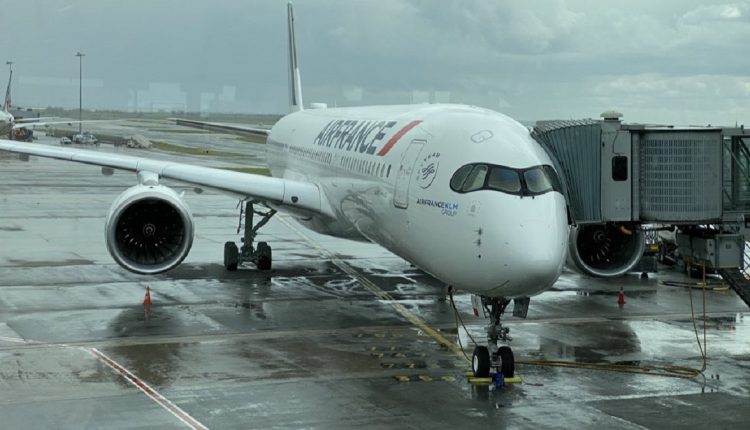 Paris, May 27: Travellers arriving in France from the UK will be subject to compulsory self-quarantine due to the spread of the virus variant first detected in India, government spokesman Gabriel Attal announced here.

Details on the new measure will be unveiled later, Xinhua news agency quoted Attal as saying at a news briefing here on Wednesday after a cabinet meeting.

Since April, France has ordered strict 10-day quarantine for all arrivals from 16 countries including Chile, South Africa, Brazil, Argentina, India, Turkey and some Gulf countries, where the new COVID-19 variants are active. France to Impose Entry Restrictions on Travellers from India to Curb Spread of New COVID-19 Variant

Travellers from the high-risk countries are required to present a negative polymerase chain reaction (PCR) test taken less than 36 hours before boarding.

In France, the circulation of new strains was stabilising, Attal said, adding that “the sanitary situation continues to improve significantly”.

The number of new COVID-19 cases in France fell by 15 per cent in a week and less than 20,000 patients were receiving treatment in hospitals, down by 2,600 from last week, reaching the lowest level since late October 2020, he added.

The number of critically ill patients in intensive care, a key indicator to evaluate the health system’s ability to cope with sanitary crisis, fell for the third straight week to 3,447, down from around 6,000 at the end of April.

(The above story first appeared on Scoop Buddy on May 27, 2021 11:27 AM IST. For more news and updates on politics, world, sports, entertainment and lifestyle, log on to our website scoopbuddy.com).

Uncharted 4 coming to PC as per Sony investor report

Mucormycosis Myths Busted: Are Onions Posing Danger? Is Black Fungus Found in Refrigerator or Raw Fruits? Know Facts And Answers to These FAQs