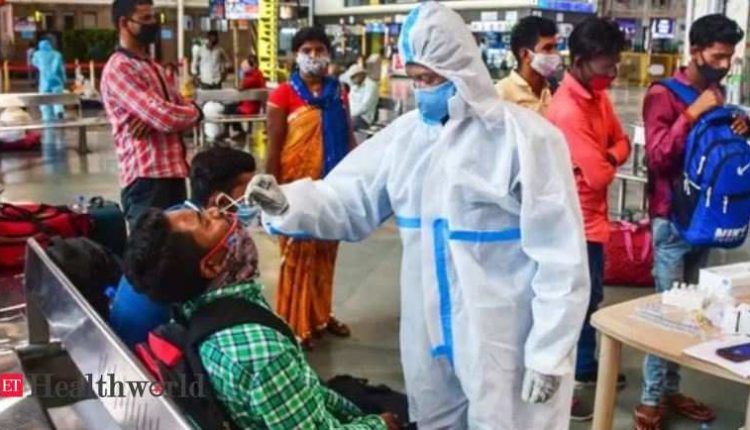 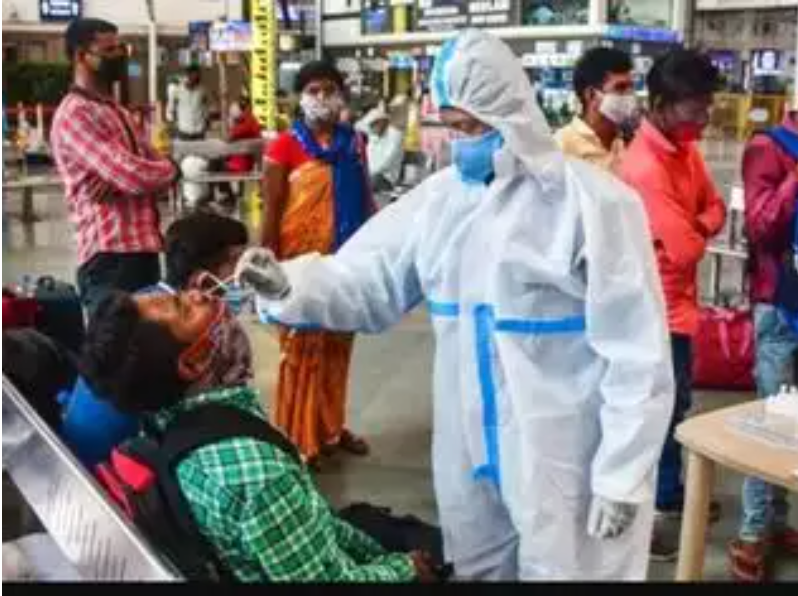 NEW DELHI: India reported over 2.94 lakh fresh Covid-19 cases on Tuesday, the second highest daily case count ever recorded by any country, even as the day’s death toll crossed 2,000 for the first time since the pandemic’s outbreak.

At 2,94,291, Tuesday’s national case count was nearly three times higher than the peak of 98,795 daily infections recorded during the first wave on September 17. Only in one instance has any country reported a higher count of cases in a day — 3,07,570 recorded in the US on January 8 this year, as per worldometers.info. 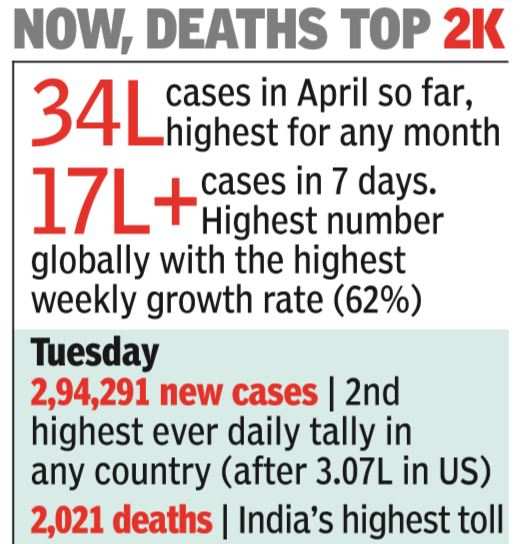 Positivity rates remained very high at 19% nationally on Tuesday, indicating that the daily tally may cross 3 lakh soon. While Delhi’s positivity rate was over 32%, it was higher than 25% in states such as Bengal, and over 20% in Maharashtra and Jharkhand.

Deaths have been rising sharply as well. On Tuesday, the toll climbed to a record 2,021, as Maharashtra reported 519 deaths, Delhi 277, Chhattisgarh 191, Uttar Pradesh 162, Karnataka 149 and Gujarat 121. This was the first time ever that the toll in six states was over 100.

Meanwhile, with a third of the month still to go, April has already seen nearly 34 lakh (3.4 million) Covid cases in India, the highest for any full month. More than half of these cases, 17.4 lakh, have come in the last seven days alone. In this period, India accounted for 30% of all global cases and had the highest seven-day growth rate (62%) for any major Covid-hit country in the world.

Other major states were close to their highest single-day tallies. Maharashtra reported 62,097 fresh cases, with Mumbai’s tally at 7,192. Deaths in Maharashtra, at 519, was the highest toll reported on a day, 515 recorded on September 15.