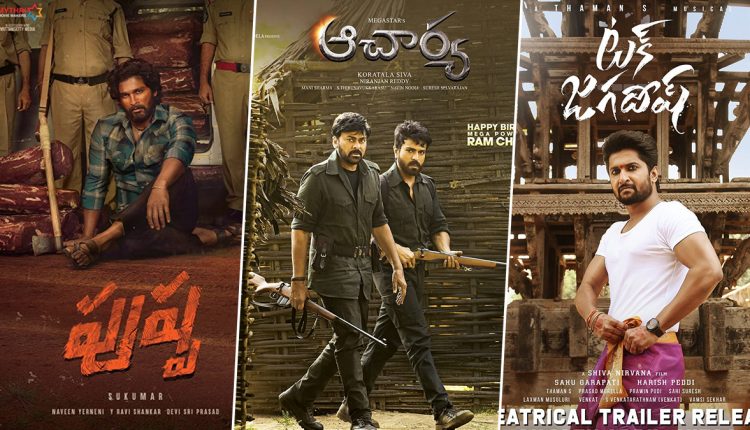 The second wave of Covid has struck and the business of film exhibition has been once again affected all over India, just when it looked it was opening up. The situation is disappointing particularly down South. More than Bollywood, which was getting back to releasing films cautiously, the superstars of South had already dived headlong into the game. Vijay’s Master and Ravi Teja’s Krack opened even before the pandemic had died down and did big business. Pawan Kalyan’s Vakil Saab opened to good numbers, too. On cue, several top stars were enthused to lining up big projects over the next months. Chiranjeevi Declares Free COVID-19 Vaccination for Tollywood Cine Workers and Journalists (Watch Video).

However, after the Telugu Film Chamber of Commerce announced strict curbs on shooting on Tuesday evening, apprehension is already on among people in the Telugu film trade about the immediate fate of big screen business. While a final decision is yet to be taken on the functioning of theatres in the Telugu market, the threat of closure looms large. “No big film is releasing now, anyway, since producers are worried about footfall. Even Vakeel Saab footfall reduced from Monday,” Abhishek Nama of the Telugu Film Chamber of Commerce had said, speaking to IANS on Tuesday. Gully Rowdy Teaser: Sundeep Kishan, Neha Shetty’s Action-Comedy Looks Promising (Watch Video).

Indeed, with the threat of lockdown looming large, many upcoming big-ticket films are either officially being postponed, or makers are contemplating the idea to do so. Reflecting on the quantum of losses for the Telugu film industry, if a possible closure of halls was to happen, trade analyst Atul Mohan tells IANS: “The loss can happen in the promotion of films. While there are associations that give a set cap of money that can be spent on promotions, a postponed film means spending the same amount all over again later, when the film will finally release.”

A major source of profit for South Indian films is the dubbed version market elsewhere in the country. An A-lister southern superstar’s dubbed film can fetch upto Rs 20 to Rs 25 crore, most popular actors can fetch somewhere between Rs 10-15 crore. In most cases, satellite rights and dubbing rights for southern films are decided by the time the mahurat shot happens, giving producers a safety net. While many films have started going back and forth with their release date owing to the present uncertainty, here is a list of some of the most-awaited Telugu films which that have been postponed:

Although there is no official confirmation, according to reports the Chiranjeevi-starrer might not release on May 13. Instead, the makers are looking at a June release. The film also features Ram Charan and Pooja Hegde.

The film’s first look of the Allu Arjun-starrer already broke records online upon being launched recently. The film is slated to release on August 13 but as per certain reports, the film could also see a December release. No official confirmation has been given so far.

The Nani-starrer, directed by Shiva Nirvana, was scheduled to hit theatres on April 23. However, the makers announced the delay without giving any new date.

This Rana Daggubati and Sai Pallavi film was scheduled to hit the theatres on April 30. However, the makers announced that due to Covid, the release has been postponed. The period drama is directed by Venu Udugala.

Starring Naga Chaitanya and Sai Pallavi, the much-anticipated film was expected to hit theatres on April 16. However, the Sekhar Kammula directorial has now been postponed and a new date hasn’t been announced yet.

(The above story first appeared on Scoop Buddy on Apr 21, 2021 02:05 PM IST. For more news and updates on politics, world, sports, entertainment and lifestyle, log on to our website scoopbuddy.com).