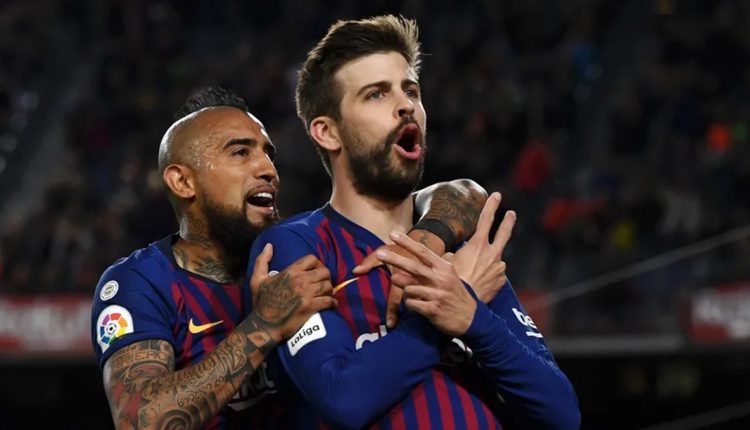 Inter Milan has been crowned the Serie A 2021 champions as they ended the dominance of Juventus. Needless to say that Inter Milan players are on cloud nine celebrating their win. This also included Arturo Vidal who got transferred from Barcelona to the Italian Club. Arturo posted a couple of posts on social media celebrating the Serie A win. Many netizens posted congratulatory messages for Vidal and his team but his former teammate Gerard Pique decided to troll him. So Vidal has posted a picture of himself in Inter Milan colours and thanked everyone who supported him. Romelu Lukaku Takes a Jibe at Zlatan Ibrahimovic After Inter Milan Wins Serie A 2021 Title.

In the same post, Vidal said that the club is aiming for more glories to be made.”Many years, many colleagues, great clubs and many fans, grateful to each of those who have accompanied me in each achievement. And I know that there is still a lot of story to tell … We are going for more.” Pique who had decided to take a swipe at the Vidal wrote in Spanish, “You play in a retirement league. When will you win a Champions [League]?”.Now the comment is surely grabbing a lot of eyeballs.

Prior to this, we told you that Inter Milan’s Romelu Lukaku had taken a salty jibe at Zlatan Ibrahimovic via a post on social media. Former Manchester United player labelled himself as the ‘God’ on social media.

(The above story first appeared on Scoop Buddy on May 05, 2021 11:24 PM IST. For more news and updates on politics, world, sports, entertainment and lifestyle, log on to our website scoopbuddy.com).

Vaishnavi Dhanraj: I Know the COVID-19 Pandemic Has Taken a Toll on Us but We’re Fighting Back