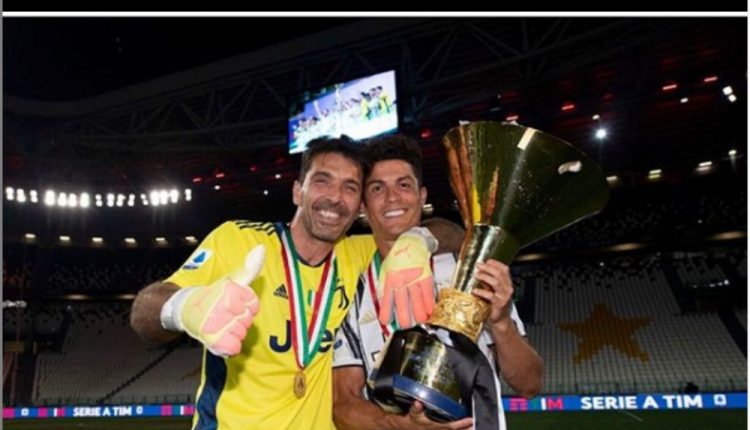 Gianluigi Buffon Pens an Emotional Note for Juventus as He Announces Exit from Bianconeri, Says ‘Not an Easy Decision’

Gianluigi Buffon during an interview had announced his plans of exit from Juventus and the news spread like wildfire. In the interview, Buffon said that he has no plans of extending his contract and will make an exit from the club this summer. Post this, a while ago, Buffon took to social media and penned an emotional note on social media. The Juventus goalkeeper went on to say that this was not an easy decision to make. Gianluigi Buffon Confirms Exit From Juventus, Will Leave Bianconeri This Summer.

In the note, Buffon further informs that this was a well-thought decision.  Buffon further says that no thank you is enough. “I have given everything.

I have received more. The time to come is all to be written. And to live,” read a part of the note. Needless to say, the fans are quite disappointed with his decision as Buffon is unarguably one of the best goalkeepers in Serie A. Especially after the fact that Juventus has been knocked out of the UCL 2021-22 and will feature in the Europa League.

Buffon has been with Juventus since 2001 and has 10 titles under his belt. The 41-year-old also won Ligue 1 with Paris Saint-Germain in 2018-2019 before returning to the Turin giants, and the UEFA Cup back in 1999 with Parma, where he began his career as a teenager in 1995. However, he has never won the Champions League title to date in his career with Juventus.

(The above story first appeared on Scoop Buddy on May 11, 2021 11:10 PM IST. For more news and updates on politics, world, sports, entertainment and lifestyle, log on to our website scoopbuddy.com).