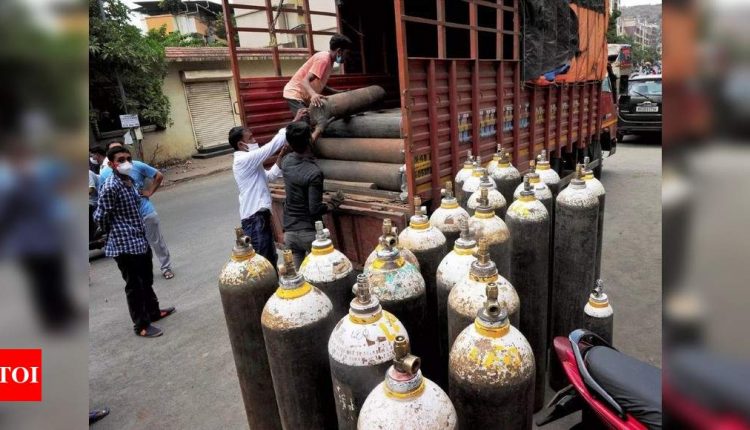 By admin On Apr 20, 2021
0
Share
NEW DELHI: The government expects around 6,000MT of oxygen, which is almost 75% of the daily production, to be allocated for medical use by the end of the week, an increase of around 25% from current levels.
While production has almost reached 110% of the daily capacity, the government’s decision to restrict oxygen supplies to nine identified segments — cylinder suppliers, pharma sector, steel plants and oil refineries — will play a part in meeting the spike in demand due to the surge in Covid cases.
Coronavirus: Live updates
Additionally, the government is looking to speed up the award of contract for 50,000MT (for which tenders have been floated), with Indian missions abroad also being asked to scout for supplies, government sources told TOI. At the same time, the government is seeking to fast-track the installation of oxygen concentrators in hospitals, using technology developed by Indian Institute of Petroleum and Central Mechanical Engineering Research Institute, which can be done in four-five weeks, according to official sources.

In addition, discussions have been initiated with states such as UP, MP and Gujarat to set up facilities with beds for patients requiring oxygen near bottling units or hospitals that get liquid oxygen — a move that is meant to reduce the requirement for putting the gas into cylinders and transporting them.
For the moment, however, the key thrust is on ramping up supplies. From just around 2,300MT of oxygen being supplied for medical use at the start of the month, the level doubled to around 4,700MT on Saturday, although supplies were lower than the demand, which has shot up.
In fact, during the last spurt in infections in September, a peak medical demand of around 2,675MT a day was seen, which tapered off as the number of cases reduced (see graphic).
Over the last few days, following rising demand from states, DPIIT secretary Guruprasad Mohapatra and his deputy Sumita Dawra have mapped the requirement of each state and nodal officers were appointed to coordinate with them while matching the demand with supplies from industrial units.