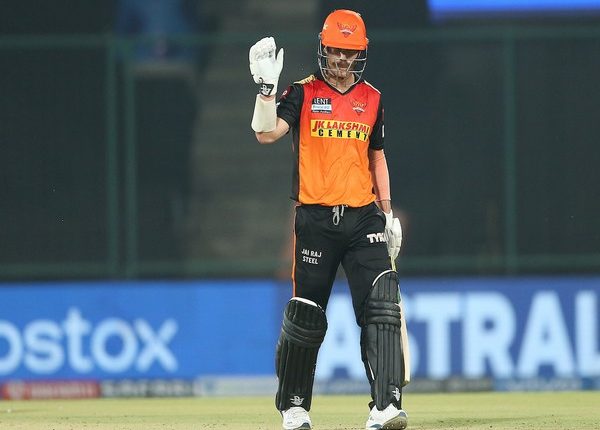 For days now, there has been a lot of talk about David Warner being sacked from captaincy by the Sunrisers Hyderabad. Not only this but Warner was also sacked from the playing XI of the team against the Rajasthan Royals. These incidents led to a lot of controversy around the subject. Most of the senior cricketers thought that it was quite a foolish decision to strip Warner from captaincy. Now, Graeme Swann has spoken up about the issue and said that Warner’s comment on Manish Pandey’s exclusion is the reason that the Australian was sacked from captaincy. David Warner Posts Heart Touching Drawing by His Daughter Ivy on Social Media After IPL 2021 Gets Suspended.

Manish Pandey was dropped from the side after he struggled to score runs against Punjab Kings and Delhi Capitals. Warner had labelled this decision as a harsh one. “It was a harsh call in my opinion. But at the end of the day, it is a decision of the selectors to do that,” Warner had said during the post-match conference. Now, Graeme Swann feels that Warner paid a price for his comment on Manish Pandey. He said someone is not happy with Warner coming up with a statement like that.

“Someone’s not happy about it, and unhappy enough to get rid of him as the skipper and drop him from the team. It looks like punishment to me more than anything,” Swann said on Star Sports. For now, we all know that the IPL 2021 has been postponed indefinitely during to the increasing number of COVID-19 cases in the bio-bubble.

(The above story first appeared on Scoop Buddy on May 05, 2021 07:21 PM IST. For more news and updates on politics, world, sports, entertainment and lifestyle, log on to our website scoopbuddy.com).