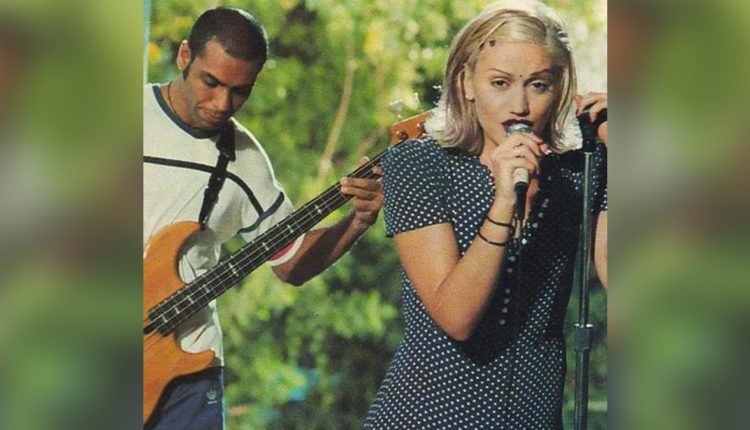 American singer-songwriter Gwen Stefani celebrated the 25th anniversary of her band’s popular music video ‘Don’t Speak’ by donning the same polka-dot dress she wore in the video. According to Fox News, the 51-year-old singer and her ‘No Doubt’ bandmates made the music video back in 1996. The song was off their third album, ‘Tragic Kingdom.’ “25 years and 815 million views on YouTube later. thank u for listening and re-listening to my music all these years. happy anniversary,” she wrote on TikTok. Ustad Amjad Ali Khan and Sons to Join Bon Jovi, Gwen Stefani for Virtual Charity Concert.

The ‘Hollaback girl’ singer accessorised the look with hair clips, layered gold necklaces, and her signature red lip. Stefani said in the video, “Look at that. Except for a little bit of Blake,” she added panning to her white cowboy boots which are a nod to country star fiance, Blake Shelton. ‘Don’t Speak’ was the most played song on US radio for 16 weeks and was nominated for Song of the Year at the 1998 Grammys. It’s Official! Gwen Stefani and Blake Shelton are Engaged.

As reported by Fox News, Stefani went on to release solo music with her debut solo album ‘Love. Angel. Music. Baby.’ in November 2004. In December 2006, the songstress dropped her second album ‘The Sweet Escape’, her third album ‘This Is What the Truth Feels Like’ in March 2016, and ‘You Make It Feel Like Christmas’ in October 2017 is the fourth studio album. Per Fox News, ‘The Voice’ coach, in an interview with Variety stated that she continues to sing ‘Don’t Speak’ even though the band is no longer together. They split up in 2004.

“I’ve been performing it without them for probably seven years. I love performing that song. It never gets old to me. It’s like, you know you’re giving [the fans] what makes them so happy when you do it, and it brings people right back to that place where they first heard that song or related to that song for whatever pain they were going through. [I’m] really lucky to have that one,” said Stefani.

Past COVID-19 Infection Does Not Fully Protect People Against Re-Infection, Shows Study