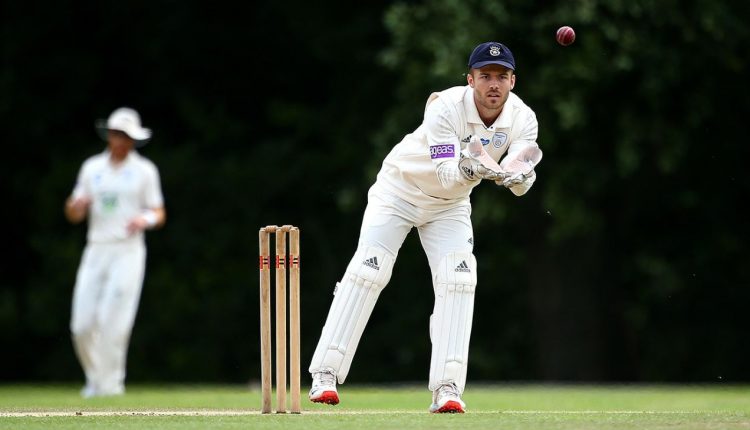 Lewis McManus, the Hampshire wicketkeeper, has been handed a three-point penalty for “misconduct… equivalent to a Level 2 offence” under the ECB’s disciplinary code but will face no further action after his controversial stumping of Hassan Azad against Leicestershire in the opening round of the County Championship season.

Leicestershire issued a club statement to “express their disappointment with the behaviour of the Hampshire wicketkeeper” after McManus completed the stumping with his left hand despite the fact the ball was in his right, while Paul Nixon, their head coach, said the incident was “something I’ve never seen before in all my years of cricket”.

Stuart Cummings, the match referee, determined that McManus’ offence – which is not directly accounted for in the ECB’s directives – fell into the Level 2 category, under the “any other misconduct” clause. Specific Level 2 offences include showing “serious dissent” at an umpiring decision, making “inappropriate and deliberate physical contact” with another player, or throwing the ball at a player or umpire “in an inappropriate and dangerous manner”.

ESPNcricinfo understands that a subsequent investigation into the stumping took place, and it was determined that no further action was required.

These are the first points that McManus has received in the last two years. Points remain on players’ records for a two-year period, and the accumulation of nine or more points at any one stage results in an automatic suspension.

Hampshire’s captain and vice-captain, James Vince and Sam Northeast, both defended McManus after the event. “Lewis is pretty down about how it looks but from his and our point of view we weren’t aware there was an issue until a few overs later – we’re talking split seconds,” Vince said. “Had we known instantly we would have called [Azad] back and knowing Lewis if he’d known exactly what he’d done he would have said something.”

Speaking on his podcast, Two Hacks, One Pro, Northeast suggested it was an innocent mistake. “I don’t think Lewis realised at the time,” he said. “I know Lewis well and I think we all know that he’s not a cheat and that he wouldn’t do something like that deliberately. He’s pretty sheepish and feels pretty down about the whole thing. I know that he’s genuinely one of the good guys and wouldn’t have meant it at all.”

Matt Roller is an assistant editor at ESPNcricinfo. @mroller98