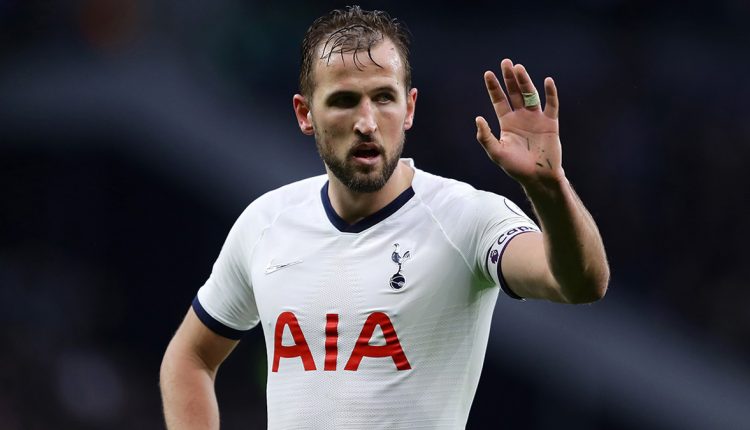 Harry Kane is reportedly considering a move to Barcelona. The Tottenham Hotspur and England striker has been linked with a move away from the London-based club after yet another disappointing season with Spurs struggling to secure European football for next season. Tottenham Hotspur are seventh in the Premier League table with 56 points, two behind fifth-placed West Ham with only three games remaining in the league. He has found suitors in many top European clubs with Manchester United and Barcelona among those registering interest in the England captain. Harry Kane Transfer News Update: Tottenham Hotspur Will Not Entertain Offers for Star Striker, Say Reports.

According to reports in Spanish media, Kane’s entourage have already spoken With Barcelona, who have been left without a recognised striker following the departure of Luis Suarez to Atletico Madrid last summer. The La Liga giants have identified Erling Haaland as their no 1 transfer priority while Inter Milan’s Lautaro Martinez and Spurs’ Harry Kane are also in the club’s wishlist during the transfer window. Bruno Fernandes Breaks Cristiano Ronaldo’s Record, Scores 25 Goals in Just 48 Matches During Aston Villa vs Manchester United, EPL 2021.

Kane has also hinted at a possible move away from the club to win major trophies while he is still at the peak of his career. He is yet to win a title in his career and with Tottenham extending their trophy drought to 13 years, it looks like Kane’s career with Spurs could be coming at an end this summer. The closest he came to win a title at Tottenham was in the UEFA Champions League final in 2018-19 while he also has finished runner-up in the EFL Cup in 2014-15 and this season where Tottenham were beaten by Manchester City.

Reports have also suggested that the 27-year-old hopes the club will listen to bids for him and allow him to leave this summer. Kane still has three years remaining in his contract and Spurs chairman Daniel Levy is unlikely to allow their star man to leave without any big money. Tottenham were hoping to persuade Kane to stay for another season but another dismal season means Kane could leave this transfer window.

(The above story first appeared on Scoop Buddy on May 10, 2021 05:43 PM IST. For more news and updates on politics, world, sports, entertainment and lifestyle, log on to our website scoopbuddy.com).

Sona Mohapatra: Wearing Kajal Helps Me To Deal With the Pain Around Me in a Special Way