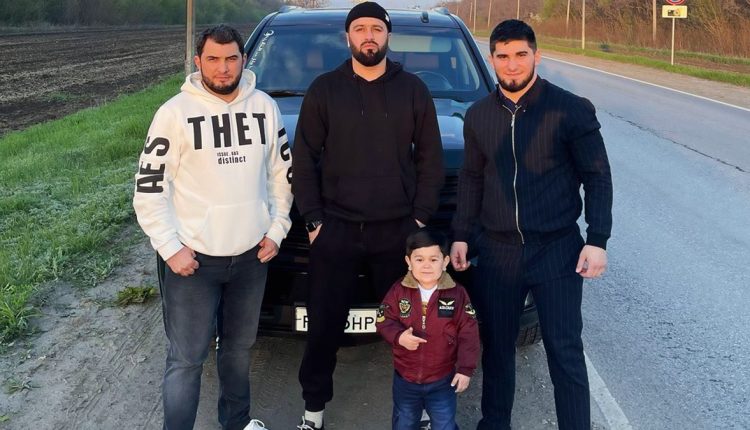 Hasbulla Magomedov vs Abduroziq Fight: Who Is Abduroziq, What Is His Age and Other Things To Know About Tajik Singer Fighting ‘Mini Khabib’?

The bout was organised by Ashab Tamayev, a 19-year-old blogger from Chechen. It is understood that the fight has already taken place but a video hasn’t been released amid anger over it being deemed as ‘unethical’ as the combined weight between the two contestants is just around 35kg. Ashab Tamayev is seen in the pre-fight clip, which has gained over nine million views where Abduroziq threatens Hasbulla: ‘If you lay even a finger on me now, they will take your corpse away.’ Hasbulla Magomedov vs Abduroziq Fight Organised By MMA Star Branded ‘Unethical Freak Show’: All You Need To Know About This Fight.

Abduroziq is a singer from Tajikistan and is known as the smallest singer in the world. He gained popularity on social media due to his talent of singing Tajik rap songs. He has a YouTube channel named Avlod Media which has over 350k subscribers.

Abduroziq is 17 years of age and was born in 2003 to the family of a gardener in the village of Gishdarva in the Panjakent district of Tajikistan.

Does Abduroziq Suffer From A Disease?

As a child, Abduroziq was severely ill with rickets and his family could not cure him due to insufficient financial resources which led to a stoppage in his growth. At the age of 16, he weighed around 12 kg.

(The above story first appeared on Scoop Buddy on May 25, 2021 09:18 PM IST. For more news and updates on politics, world, sports, entertainment and lifestyle, log on to our website scoopbuddy.com).

Kailash Kher: I Laugh When I Think of How Much My Voice Had Been Rejected

Biden looks abroad for electric vehicle metals, in blow to US miners