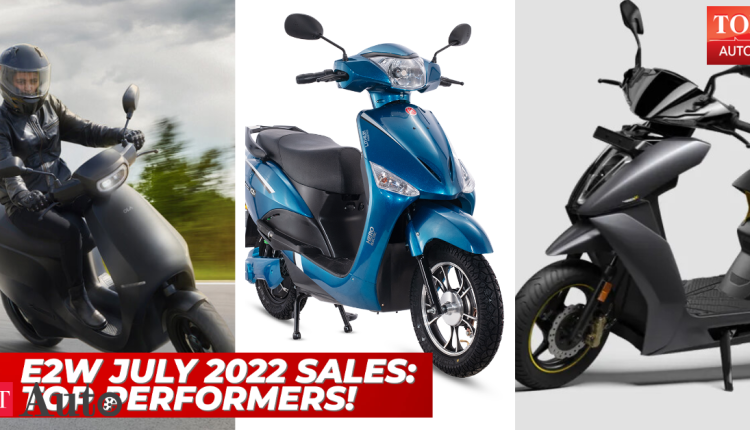 By admin On Aug 4, 2022
0
Share
Recent data released by Vahan Dashboard indicates continued forward momentum of electric two-wheeler sales in the country. The segment saw a 200 percent jump over 2021 with 44,259 electric two-wheelers (E2W) sold in July 2022. Whereas, a 6 percent rise in month-on-month gain over the 41,837 E2W sold in June was reported as well. Here are the top E2W manufacturing performers of July 2022.

After a dip in sales in the past few months, Hero Electric regained the top spot in July 2022 by recording 8,786 units. That is a 35 percent bump in month-on-month sales when compared to June 2022’s 6,504 E2W sold by the manufacturer.

Hero Electric took back the crown from Okinawa Autotech, which had been the top performer in recent months. Okinawa Autotech closed its July sales in the second spot at 8,093 units. However, it did see a bump of 17 percent over its June sales of 6,944 units.

The third and fourth slots were grabbed by Ampere and TVS Motors respectively. Ampere recorded a slight drop of 4 percent in July E2W sales at 6,312 units from June’s 6,541 units. Whereas, TVS motors jumped to the fourth position from the seventh after recently ramping up its production. The company sold 4,244 E2W units in July, a big leap from June’s 1,946 units.