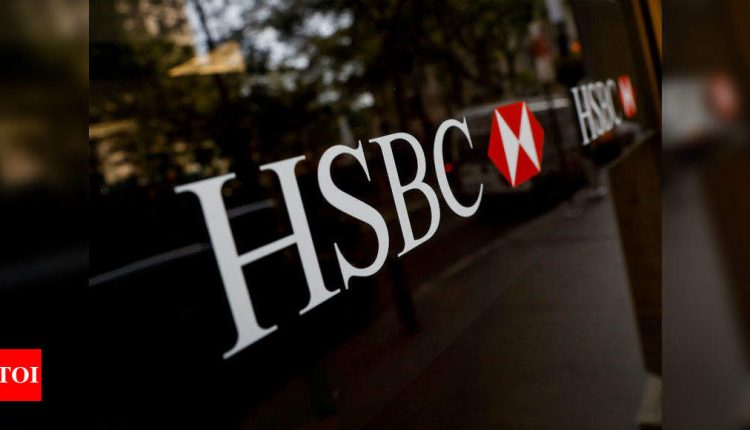 By admin On Apr 26, 2021
0
Share
MUMBAI: HSBC has retained its growth forecasts for India despite the second wave of Covid and has said that it intends to grow its business in the country. The bank, which has around 39,000 employees here, gets a big chunk of revenue from the country and sees it as the third-largest economy by 2030.
Speaking to TOI, HSBC India CEO Surendra Rosha said, “We do not see short-term challenges with regard to things related to Covid dislocating our strategy.” Even as multinational rivals like Citi have announced their exit from the consumer business in India amid the pandemic, HSBC has said that it is going the other way.
While the bank did rationalise its branch operations in India a few years earlier, which gave an impression of shrinking, the customer base in India has grown. This is because of the shift to digital channels. “A positive development is that adoption of digital has increased and the payoff for investment in digital is much better than it was a few years ago,” Rosha added.

Rosha pointed out that HSBC’s number of customers has increased 37% since December 2017 to 10.5 lakh in December 2020. The bank’s pre-tax profits from India have been over $1 billion for 2019 and 2020. He added that India was among the top three markets for HSBC in 2020 and has always been part of the top five.
HSBC has the advantage of having a strong presence in countries where the Indian diaspora is predominant. This includes the UK, Middle East, Southeast Asia, Australia, Canada and the US. As a result, it has been able to target persons of Indian origin as well as Indians looking to invest in these markets or move there for studies.
While the overall economy has shrunk due to Covid, for a multinational bank like HSBC the opportunities have increased in the last 18 months. This is because of some government measures, which include a reduction in the corporate tax rate, production-linked incentives and the disinvestment plan. All of these provide an opportunity to facilitate inward investment. “Covid is a damper, but India is not an unknown quantity to global corporations. It is about telling them the opportunity in the next few years. So, Covid is not going to be a showstopper for foreign investment,” said Rosha.
Despite the second wave, HSBC research has retained its growth forecast of 11.2% for FY22. “We feel that if there is an impact in the first half of the fiscal, it will be made up in the second half. While the situation is evolving, what we have seen is that with the decline in cases there was a strong pick-up in economic activity,” said Rosha. “So, while we feel that growth will be similar to what the projections are, there will be some adjustment between the first half and the second half,” he added.
As part of its strategy of targeting Indians with an international connection, HSBC has a 24X7 international service centre to cater to overseas Indians. It provides borderless banking services through its global network that allow customers to have a consolidated view of accounts across countries and lets them move money across markets. Students going abroad can also open an account from India.